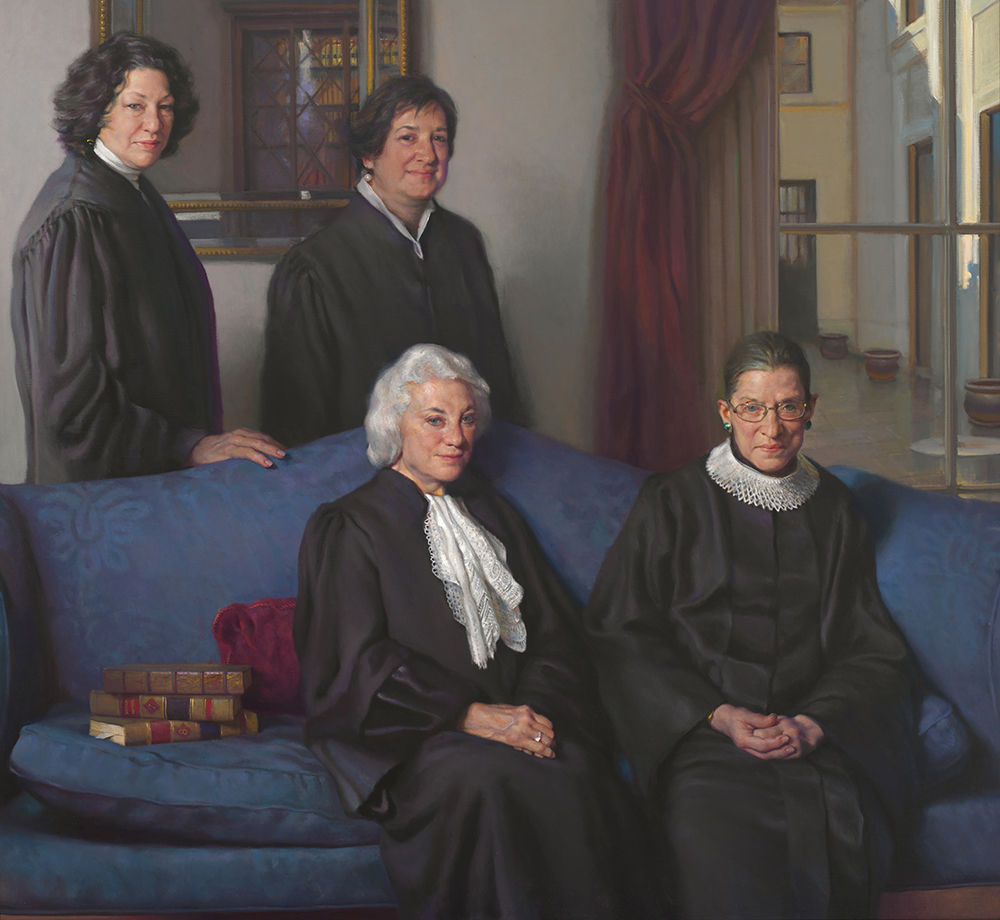 The Smithsonian’s National Portrait Gallery will display a loaned portrait of the first female Supreme Court Justices, Sandra Day O’Connor, Ruth Bader Ginsburg, Sonia Sotomayor and Elena Kagan, beginning Oct. 28. The 9-foot-6-inch by 7-foot-9-inch oil painting by the artist Nelson Shanks features the four women in an interior based on the Supreme Court Building; it will be displayed in the museum for three years.

This portrait recognizes the achievements of these four women—the first to serve on the nation’s highest court.

“The scale of this painting speaks to the grand accomplishments made by these four women and the example they set for future generations,” said Kim Sajet, director of the museum. “I imagine this portrait will spark a conversation among young people, particularly young women, about breaking barriers.”

O’Connor (born 1930), a graduate of Stanford Law School, became the first woman to serve on the Court. She was serving on the Arizona Court of Appeals when President Ronald Reagan nominated her as an associate justice. O’Connor retired from the Court in 2006.

Ginsburg (born 1933) graduated from Columbia Law School. She was serving on the U.S. Court of Appeals for the District of Columbia when President Bill Clinton nominated her as an associate justice of the Supreme Court in 1993.

Sotomayor (born 1954) graduated from Yale Law School. She was serving on the Second Circuit of the U.S. Court of Appeals, when, in 2009, President Barack Obama nominated her as an associate justice. She became the first Latino to sit on the Supreme Court.

Kagan (born 1960) graduated from Harvard Law School. She was Obama’s solicitor general when the President nominated her as an associate justice of the Supreme Court in 2010.