Everything from Merengue to Dembow and Merenhouse 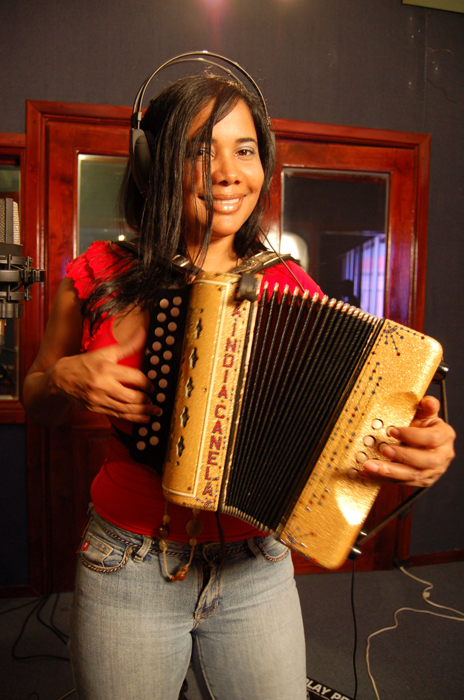 In a pioneering collaboration, the Smithsonian’s National Museum of American History and the City University of New York’s Dominican Studies Institute are reaching out to people of Dominican descent to build a collection that reflects how Dominican music and musical performances have shaped both a cultural and social identity in the United States. The Smithsonian’s Center for Folklife and Cultural Heritage and the Smithsonian Latino Center are partners in this project, reflecting the Smithsonian’s commitment to expand its documentation of various Latino communities and histories. The music developed and listened to by communities throughout the nation—including the Dominican and Dominican American community—is a vital piece of the American story.

“The adaptive combination of styles and meanings found in music provides an avenue to discuss Latino and Dominican culture and the migrant experience in the United States,” said Steve Velasquez, museum curator in the Division of Home and Community Life. “This project is consistent with the museum’s long-standing interest in documenting how the migration experience has shaped the individual, the community and the nation.”

The museum and CUNY DSI will host an open house Friday, Oct. 11, 7 p.m. to 9 p.m. at the Broadway Housing Communities, Rio II Gallery located on the seventh floor of 583 Riverside Drive at W. 135th St., in New York City. Space is limited, and registration is required; individuals can register at http://dominican-music.eventbrite.com. For more information on the open house, contact CUNY DSI by phone at (212) 650-7496 or by email at dsi@ccny.cuny.edu. Those interested in donating who are unable to make it to the open house may contact Steve Velasquez directly at velasquez@si.edu.

“Music is a unifying force in the Dominican community; it is a part of every fiesta, parade and communal gathering,” said Ramona Hernández, director of CUNY DSI, which is based at The City College of New York in Upper Manhattan. “This partnership with the Smithsonian will not only allow us to collect and document the many different styles of Dominican music in the United States, but will give us a chance to share this vibrant culture with new audiences.”

The Smithsonian’s “Our American Journey” is an institution-wide initiative that examines how people have come through all four borders: the Atlantic and Pacific oceans and the boundaries with Canada and Mexico. This collection of Dominican music and the stories attached to the music will help inform Smithsonian scholarship and bring in objects and stories that the museum can draw upon for a planned exhibition on the 500-year journey of how distinct peoples have created the United States, set to open in 2016.

Founded in 1992 at The City College of New York, CUNY DSI is the nation’s first university-based research institute devoted to the study of people of Dominican descent in the United States and other parts of the world. Its mission is to produce and disseminate research and scholarship about Dominicans and about the Dominican Republic. The Institute houses the Dominican Archives and the Dominican Library, the first and only institutions in the United States collecting primary and secondary source material about people of Dominican descent. It sponsors multidisciplinary research projects and organizes lectures, conferences and exhibitions that are open to the public.

Through its collections, research and public outreach, the National Museum of American History explores the infinite richness and complexity of American history. The museum helps people understand the past in order to make sense of the present and shape a more humane future. For more information, visit americanhistory.si.edu. The museum is located at 14th Street and Constitution Avenue N.W., and is open daily from 10 a.m. to 5:30 p.m. (closed Dec. 25). Admission is free.