“Divine Felines” Highlights the Importance of Cats in Ancient Egypt 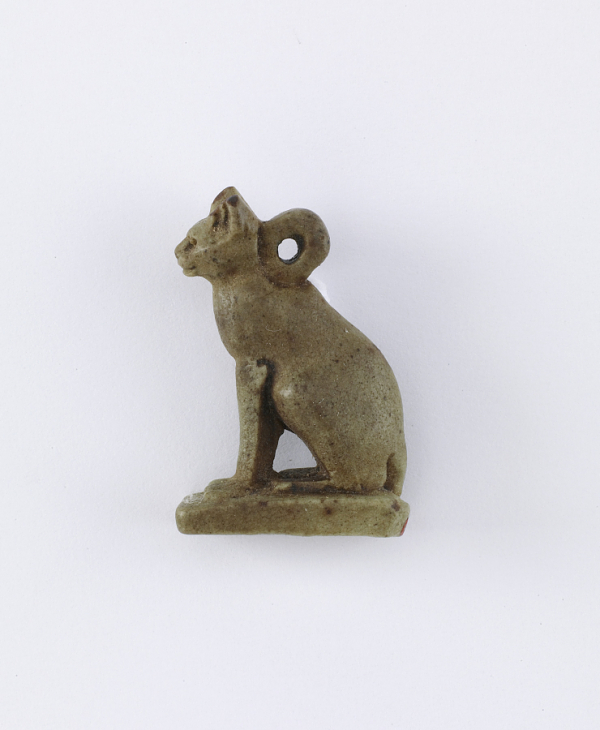 Long before cats became stars of the internet, they enjoyed great fame in ancient Egypt. The exhibition “Divine Felines: Cats of Ancient Egypt” explores the role and meaning of cats through a selection of works of art from the world-famous Egyptian collections of the Brooklyn Museum. The exhibition, on view at the Smithsonian’s Arthur M. Sackler Gallery Oct. 14–Jan. 15, 2018, will open as a part of the museum’s reopening-weekend celebration.

The exhibition comprises 80 objects dating from the Middle Kingdom (2008–1630 B.C.) to the Byzantine period (395–642 A.D.). They include statues, coffins, amulets, textiles and a mummified cat from Smithsonian’s National Museum of Natural History.

“These objects illustrate the importance of cats to Egyptian society—from the divine to the mundane,” said Massumeh Farhad, chief curator and Ebrahimi Family Curator for Persian, Arab and Turkish art. “They became the subject of both real and apocryphal stories. Allegedly, when a cat died, the home’s occupants shaved their eyebrows as a sign of mourning. Egyptians often named (or nicknamed) their children after animals; Miit (cat), for example, was a popular name for girls.”

“Divine Felines” highlights the many roles cats played in ancient Egyptian culture—from domesticated animals, which were kept to ward off mice and snakes, to symbolic representations of powerful Egyptian kings and gods. One of the reasons for the popularity of cats, like other animals in ancient Egypt, was their dual nature, a central theme of the exhibition. On one hand, they are docile, protective and nurturing, and on the other hand, they can be fierce, ferocious and aggressive. These qualities, together with cats’ loyalty and independence, became associated with Egyptian rulers and gods.

The exhibition is organized in five thematic sections: Cats and Kings; Cats and Gods; Cats and Death; Cats and Protection; and Dogs as Guardians and Hunters. The last section is on dogs, another animal whose attributes have been associated with Egyptian gods.

Among the exhibition’s highlights is an impressive statue of the goddess Sakhmet, who is depicted as a lioness-headed woman with a sun disk and uraeus (upright, stylized cobra) on her head. Known as the “Powerful One,” Sakhmet was recognized for her protective powers, especially during times of transition, such as the dawn of the new day. Amunhotep III (ca. 1390–1352 B.C.) the pharaoh of the 18th dynasty, went as far as commissioning two or more statues of the goddess for each day of the week.

Egyptians not only associated cats with deities, but they also bred and sacrificed them to the gods. They were then often mummified and buried in elaborate coffins, such as the one in the exhibition in the shape of an elegantly seated feline. This mummy from the National Museum of Natural History exemplifies this important aspect of ancient Egyptian practice. The cat was tightly wrapped in linen and its features painted in black ink. Such mummies were offered to temples as signs of gratitude to the deities.

Dogs and jackals were also associated with Egyptian gods. They were prized for their loyalty and obedience but also as hunters and scavengers. Because canines inhabited the edge of the desert, where cemeteries were located, they were regarded as the guardian of the dead who could lead spirits through the dangerous Netherworld. One of the most graceful objects in the section on dogs is a wooden spoon with a jackal-shaped handle. It was probably used for ointments or cosmetics.

“Divine Felines” opens as a part of the Smithsonian’s Freer Gallery of Art and Arthur M. Sackler Gallery reopening-weekend celebration Oct. 14-15 along with three additional exhibitions, “Encountering the Buddha: Art and Practice Across Asia,” “Re-sound: Bells of Ancient China” and Subodh Gupta’s “Terminal.” For more information on the reopening-weekend festivities and events, visit asia.si.edu/reopening.

The Freer|Sackler will present a variety of film, music and hands-on family programs to complement the exhibition. These will include a special day of programming called “Celebrate Divine Felines on National Cat Day at the Freer|Sackler” Sunday, Oct. 29, from noon to 5 p.m. The day includes screenings of two cat-focused films, Kedi and Neko Atsume House, from Turkey and Japan, respectively, curator-led gallery talks and a family-friendly cat-themed open studio.

“Divine Felines: Cats of Ancient Egypt” is organized by the Brooklyn Museum and organized at the Sackler Gallery by Antonietta Catanzariti, Curatorial Fellow for the Ancient Near East. Support for the exhibition at the Freer|Sackler is provided by Jacqueline Badger Mars and Mars Petcare.

The Smithsonian’s Freer Gallery of Art and the adjacent Arthur M. Sackler Gallery, located on the National Mall in Washington, D.C., together comprise the nation’s museum of Asian art. It contains one of the most important collections of Asian art in the world, featuring more than 40,000 objects ranging in time from the Neolithic to the present day, with especially fine groupings of Islamic art, Chinese jades, bronzes and paintings and the art of the ancient Near East. The galleries also contain important masterworks from Japan, ancient Egypt, South and Southeast Asia and Korea, as well as the Freer’s noted collection of works by American artist James McNeill Whistler.

The Freer|Sackler is a part of the Smithsonian Institution, the world’s largest museum, education and research complex, which is dedicated to the increase and diffusion of knowledge.