“The Cosmic Buddha in 3D” Exhibition To Open Jan. 30 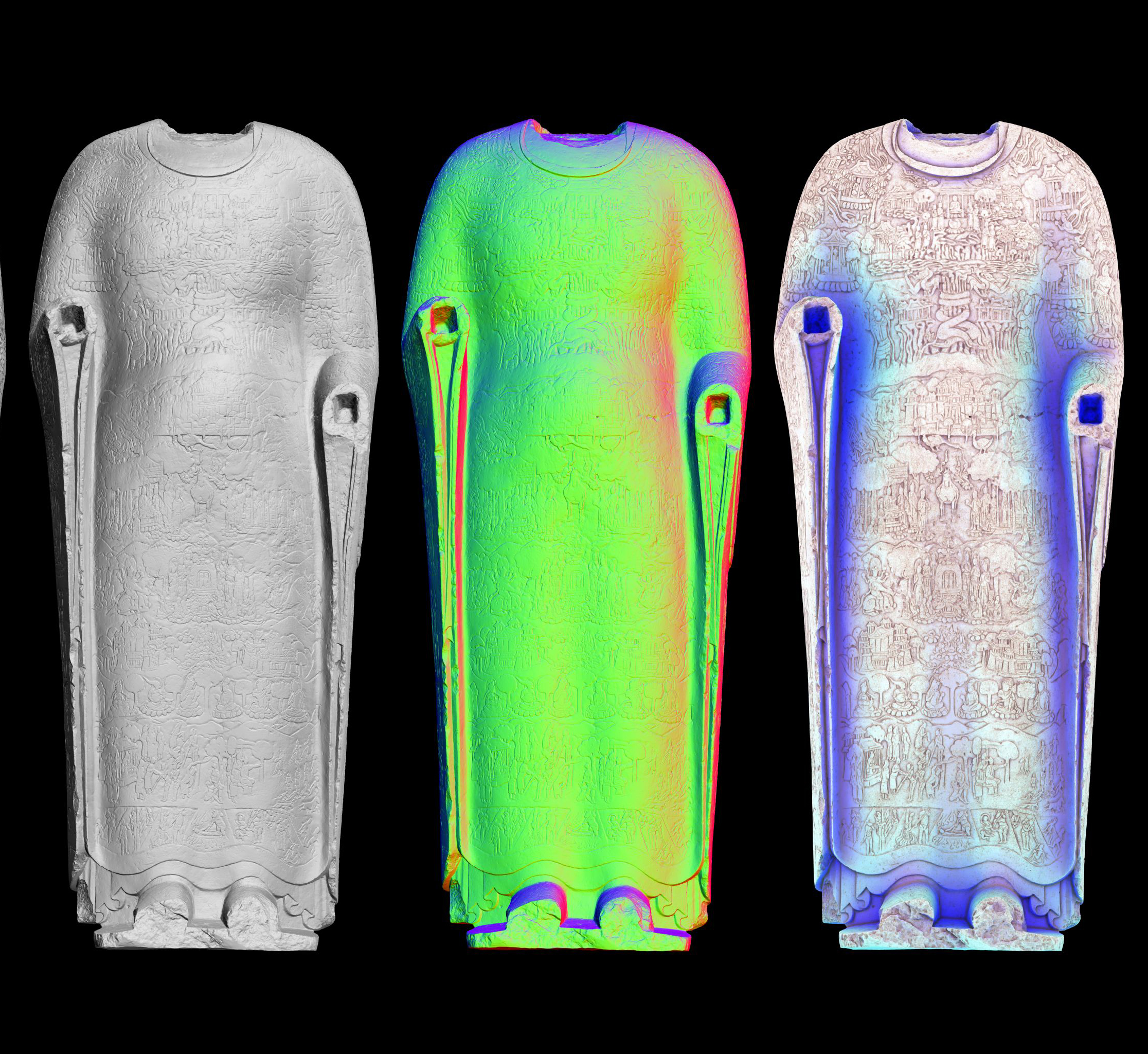 Through cutting-edge digital technology, previously hidden meanings of a masterpiece of ancient Chinese sculpture may now be accessed by museum visitors, students and scholars. A new interactive installation presents the original sixth-century work alongside the evolving methods used to study it—from rubbings and photographs to the technological possibilities of today. “Body of Devotion: The Cosmic Buddha in 3D” will be on view in the Smithsonian’s Arthur M. Sackler Gallery Jan. 30–December 2016.

“The Cosmic Buddha,” an icon of the Smithsonian’s Freer Gallery of Art collection, has been 3-D imaged by the Smithsonian’s Digitization Program Office, which uses a variety of tools to record and share unique Smithsonian treasures. The exhibition includes the ancient sculpture itself, ink rubbings, a digital flat map of the surface and touchscreen monitors that allow visitors to manipulate the digital images of the object and explore information about it. “Body of Devotion” offers a special opportunity to understand the ancient sculpture and evolving methods of research.

“3-D scanning is an amazing process that brings new details to light,” said Keith Wilson, Freer|Sackler curator of the exhibition. “I can continue adding findings to the digital model and easily share information with other researchers. The exhibition is a great opportunity to feature this compelling work and show how advances in digital technology open up channels to new research and information.”

In Chinese Buddhist art, the sixth century was a pivotal moment with theological debate and artistic transformation. During this dynamic period, the religion enjoyed both imperial patronage and popular support.

“The Cosmic Buddha” or “Vairochana,” a life-size headless limestone figure, is wrapped in the simple robe of a monk, but the garment is covered with incredibly complex illustrations of Buddhist stories. These low-relief images represent a symbolic map of the Buddhist world, including everything from the tortures of hell to enlightenment and paradise. When first created in north China, the scenes were probably embellished with paint, which would have made the subjects easier to discern.

“The Cosmic Buddha” was acquired by Carl Whiting Bishop, the museum’s first Chinese art curator, in 1923. He bought it in Beijing on Christmas Eve, and it has been an iconic object in the museum collections ever since.

The low-relief narrative illustrations have made the work a challenge to study through the ages. Before being acquired by the Freer, scholars made rubbings of the sculpture’s surface using ink on paper, which gave stronger contrast to the inked elements against the white paper. This process, however, risked leaving ink stains on the surface of the artwork.

Now, 3-D scanning, along with a wide variety of digital tools, can be used to clarify the sculpture’s designs. Using a laser-arm scanner, the ancient work was scanned and its color recorded through more than 300 photographs of the work. The combined surface and color data creates a 3-D model made of 20 million triangles.

This digitized model now available on the Smithsonian X 3D website offers users the ability to study the work in unprecedented detail and provides worldwide access to anyone interested in this masterpiece of Buddhist sculpture. The website includes a tour functionality, allowing Freer|Sackler curators and conservators to use the 3-D data as a starting point for exploring various aspects of this sculpture, including information on what it looked like when it was first created and how it has been conserved since. This digital data may also be used to replicate the sculpture through 3-D printing.

“3-D imaging is a non-invasive method, and it has the added benefits of capturing a great depth of information and allowing broad access to treasures without the risk of harm to the object,” said Günter Waibel, director of the Digitization Program Office.

“The Cosmic Buddha” is at the forefront of the pioneering digital work underway at the Freer and Sackler galleries. They have made digital images of their entire collections available online since January 2015 providing unprecedented access to one of the world’s most important holdings of Asian and American art. The free public resource—called “Open F|S”—can be visited at open.asia.si.edu, allowing anyone to explore and create with the collections from anywhere in the world. The vast majority of the 40,000 artworks have never before been seen by the public, and more than 90 percent of the images will be in high-resolution and without copyright restrictions for non-commercial use. The Freer and Sackler galleries are the first Smithsonian and the only Asian art museums to digitize and release their entire collections, and in so doing, join just a handful of museums in the U.S.

The Smithsonian’s Freer Gallery of Art and Arthur M. Sackler Gallery, located on the National Mall in Washington, D.C., together comprise the nation’s museum of Asian art. It contains one of the most important collections of Asian art in the world, featuring more than 40,000 objects ranging in time from the Neolithic to the present day, with especially fine groupings of Islamic art, Chinese jades, bronzes and paintings and the art of the ancient Near East. The galleries also contain important masterworks from Japan, ancient Egypt, South and Southeast Asia and Korea, as well as the Freer’s noted collection of works by American artist James McNeill Whistler. The Freer Gallery of Art, which will be closed during the exhibition, is scheduled to reopen in spring 2017 with modernized technology and infrastructure, refreshed gallery spaces and an enhanced Eugene and Agnes E. Meyer Auditorium.