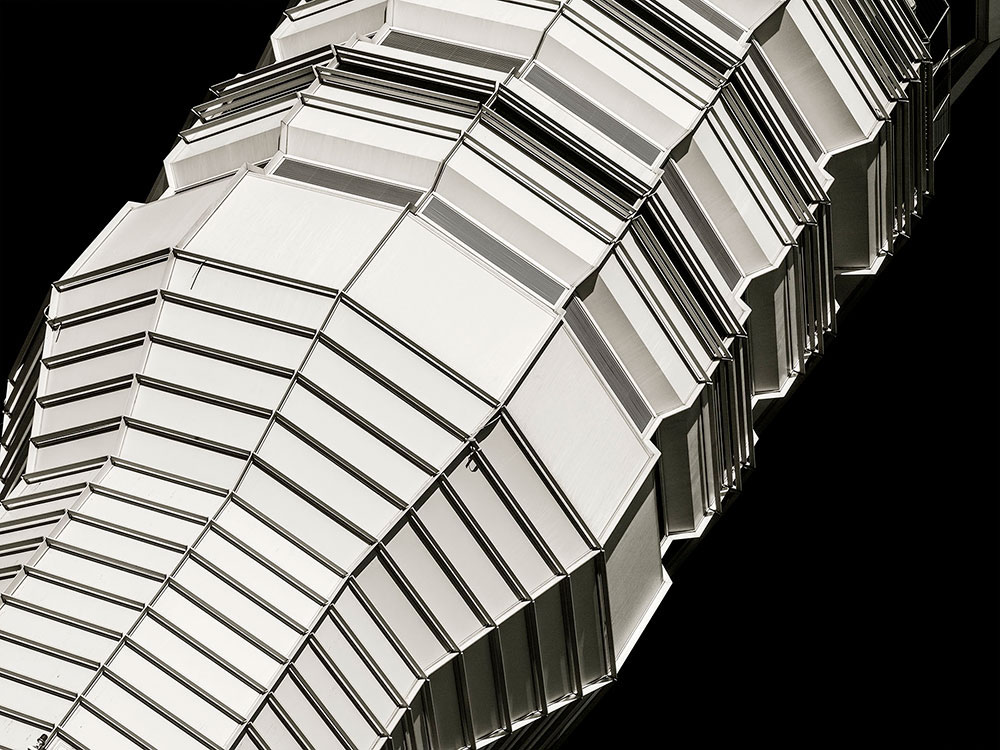 “Art of the Airport Tower” opens Nov. 11 at the Smithsonian’s National Air and Space Museum. The exhibition is composed of 50 photographs by Smithsonian photographer Carolyn Russo and explores the varied forms and functions of airport traffic control towers in the U.S. and around the world. The exhibit is on view during FotoWeekDC and will remain on display at the museum until November 2016.

Russo traveled to 85 airports in 23 countries to capture images of these towers. The resulting photos interpret them as monumental abstractions, symbols of cultural expression and testimonies of technological change. What started out as a strictly functional structure, the airport tower has become a symbol of its airport, its community and even its country. Visitors to the Stockholm-Arlanda Airport in Sweden, for example, are greeted by two lookout points perched like birds at the top of the control tower to evoke protective ravens from Nordic mythology, while the crescent-shaped tower at the Abu Dhabi International Airport resembles the sail of a dhow boat to emphasize the area’s proud maritime heritage.

“Airport traffic control towers have a powerful presence—they watch over the vastness of the airport and sky, are a nonjudgmental cultural greeter, a choreographer or conductor of the aircraft dance, a mother bird caring for her flock and an omniscient, intelligent structure keeping humans safe,” said Russo. “I saw them as the unsung heroes of the airport landscape and tried to elevate them beyond their height and amazing architecture.”

Russo attempted to humanize the contemporary towers by focusing on their anthropomorphic properties, while others became abstractions. The photos of the historic, inactive airport towers were captured in their natural state, as witnesses to aviation history. They tell the story of changing technology, design and architecture, making the case for their continued care and preservation.

For more information about the exhibition, visit airandspace.si.edu/exhibitions/airport-towers.

The exhibition will begin its traveling tour in December 2016. For more information on the tour, click here.

A companion book, Art of the Airport Tower, is for sale in Smithsonian and other retail stores. It includes 100 photos and an introduction by F. Robert van der Linden, curator of commercial aviation at the National Air and Space Museum, and tells the history of airport traffic control towers to contextualize the photos. Russo will be signing books at the museum Nov. 11. from 1 p.m. to 3 p.m.  Click here for more information.