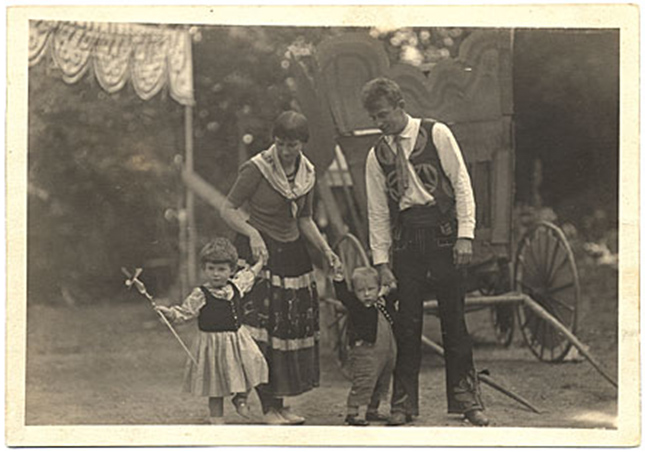 This summer, the Smithsonian’s Archives of American Art presents an exhibition based on the concept of six degrees of separation with New York artist Peggy Bacon as the central figure. “Six Degrees of Peggy Bacon” will highlight how the collections of the Archives of American Art represent the deep and diverse history of art in the United States and beyond. The exhibition will open June 27 at the Lawrence A. Fleischman Gallery in the Smithsonian’s Donald W. Reynolds Center for American Art and Portraiture and remain on view through Nov. 4.

Six degrees of separation is the theory that anyone in the world is no more than six relationships away from any other person. Playing off the popular culture trivia game, “Six Degrees of Kevin Bacon,” this exhibition will illustrate a chain of relationships through diaries, photographs, letters and the like, all leading to Bacon. “In this age of social media, the exhibition will illustrate the interconnectedness of archival collections” said Liza Kirwin, acting director of the Archives of American Art. The show will feature documents and photographs related to Andy Warhol, Henry Ossawa Tanner, Marcel Duchamp, Frida Kahlo and Judy Chicago, among many others.

Although Bacon is not a household name, she should be. Her long career was various, productive and successful. She was famous for her witty caricatures of celebrities and artists, excelled at printmaking, wrote and illustrated numerous children’s books and published poetry and novels. As the only child of Elizabeth Chase and Charles Roswell Bacon, painters who met at the Art Students League in Manhattan, Bacon grew up in an artistic family. She studied at the League herself, taking classes with the most popular teachers of the day, John Sloan, Kenneth Hayes Miller and George Bellows. She also formed her lifelong circle of friends at the League and its summer school in Woodstock, N.Y. In the 1920s, her career took off and her accomplishments are still to be envied: a first one-person show at Alfred Stieglitz’s Intimate Gallery in 1928; in 1934, a book of caricatures, Off With Their Heads!, funded by a Guggenheim Fellowship; in 1953, she was nominated for an Edgar Award for the best first mystery novel by an American author for The Inward Eye.

Bacon stood at the center of a vast network of artists, dealers, critics and family members. Its connections, intersections and separations can be, by turns, surprising, amusing or predictable, and they illustrate the concept of the six degrees of separation. How did the creative, significant and trivial interactions between student and teacher, artist and dealer, and even lover to lover work? How many degrees separate her art world from others—and others from her?

On Saturday, Aug. 11, from 1 to 4 p.m., visitors can go to the gallery for a free caricature of themselves.