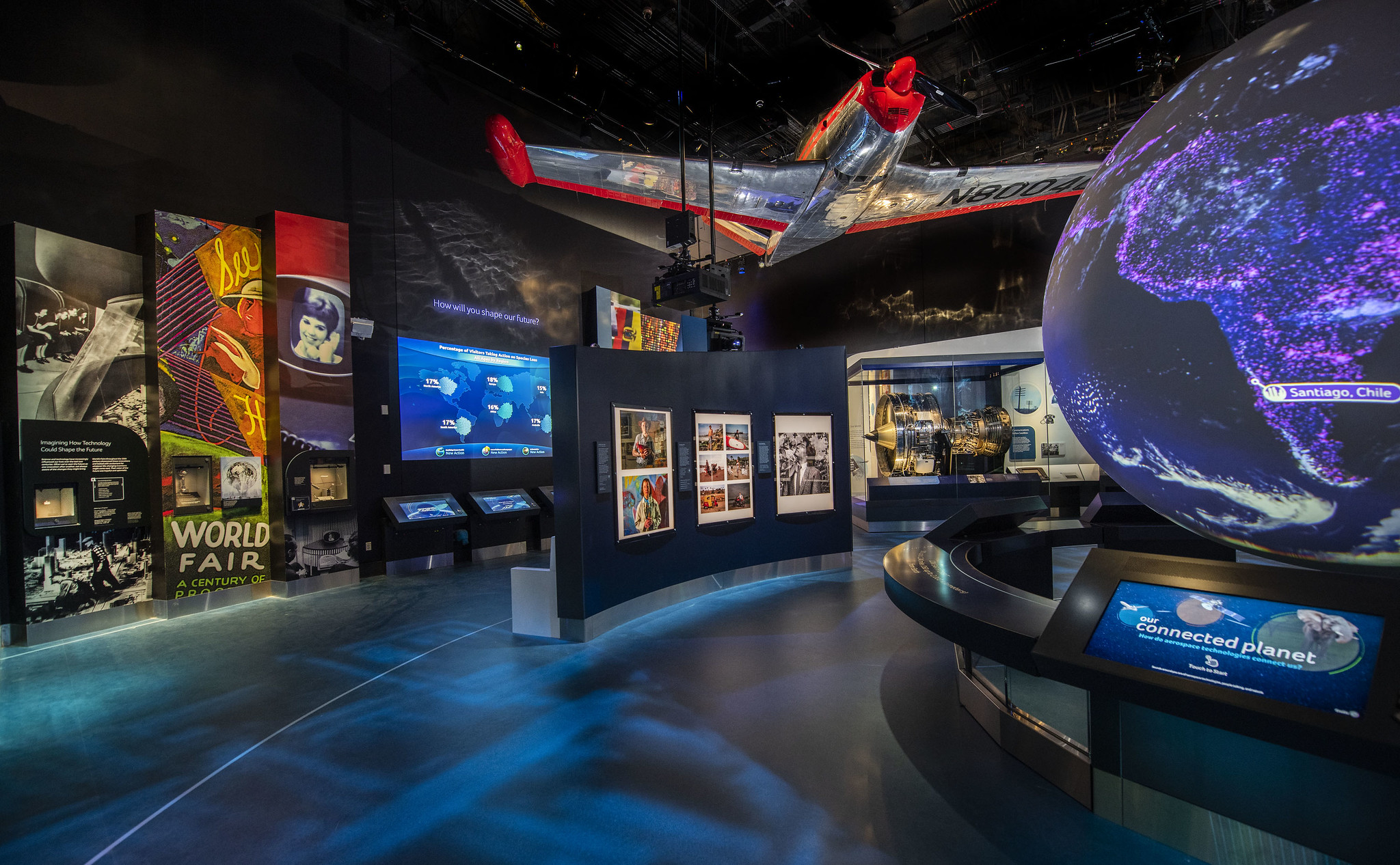 “One World Connected” tells the story of how flight fostered two momentous changes in everyday life: the ease in moving people, voices and images across vast distances and a new perspective of Earth as humanity’s home. Featuring an array of communications satellites and other tools that have increased human connection, the exhibition asks visitors to consider how interconnection touches their lives and to imagine how advances in technology might impact the near future.

Teasel Muir-Harmony
Teasel Muir-Harmony is a historian of science and technology and curator of the Apollo Spacecraft Collection. Before coming to the Smithsonian, she earned a doctorate from the Massachusetts Institute of Technology (MIT) and held positions at the Center for History of Physics at the American Institute of Physics and the Adler Planetarium and Astronomy Museum. Muir-Harmony’s current research focuses on the history of space diplomacy, examining how Project Apollo shaped and mediated the United States’ role on the global stage. She serves on the Smithsonian exhibit committees for “Destination Moon” and “One World Connected,” and she is the historical advisor for a six-part television series on Project Apollo. In addition, Muir-Harmony co-organizes the Space Policy and History Forum and teaches in Georgetown University’s Science, Technology and International Affairs program.

Jennifer Levasseur
Jennifer Levasseur is the curator for the museum’s astronaut cameras, chronographs, the Space Shuttle and International Space Station programs. She serves as the program committee chair for the biennial Mutual Concerns of Air and Space Museums conference, and as a department representative on digital projects. She curated the 2015 spacewalk anniversary exhibit, “Outside the Spacecraft: 50 Years of Extra-Vehicular Activity” and currently serves as exhibition curator for the “Moving Beyond Earth” exhibition. Prior to her work at the National Air and Space Museum, she worked as a historic interpreter at George Washington’s Mount Vernon. She started her Smithsonian career with an internship in the National Portrait Gallery’s Department of Photography. Levasseur received her Bachelor of Arts in history from the University of Michigan in 1999, a Master of Arts in American studies from The George Washington University in 2002 and a doctorate in history at George Mason University in 2014.