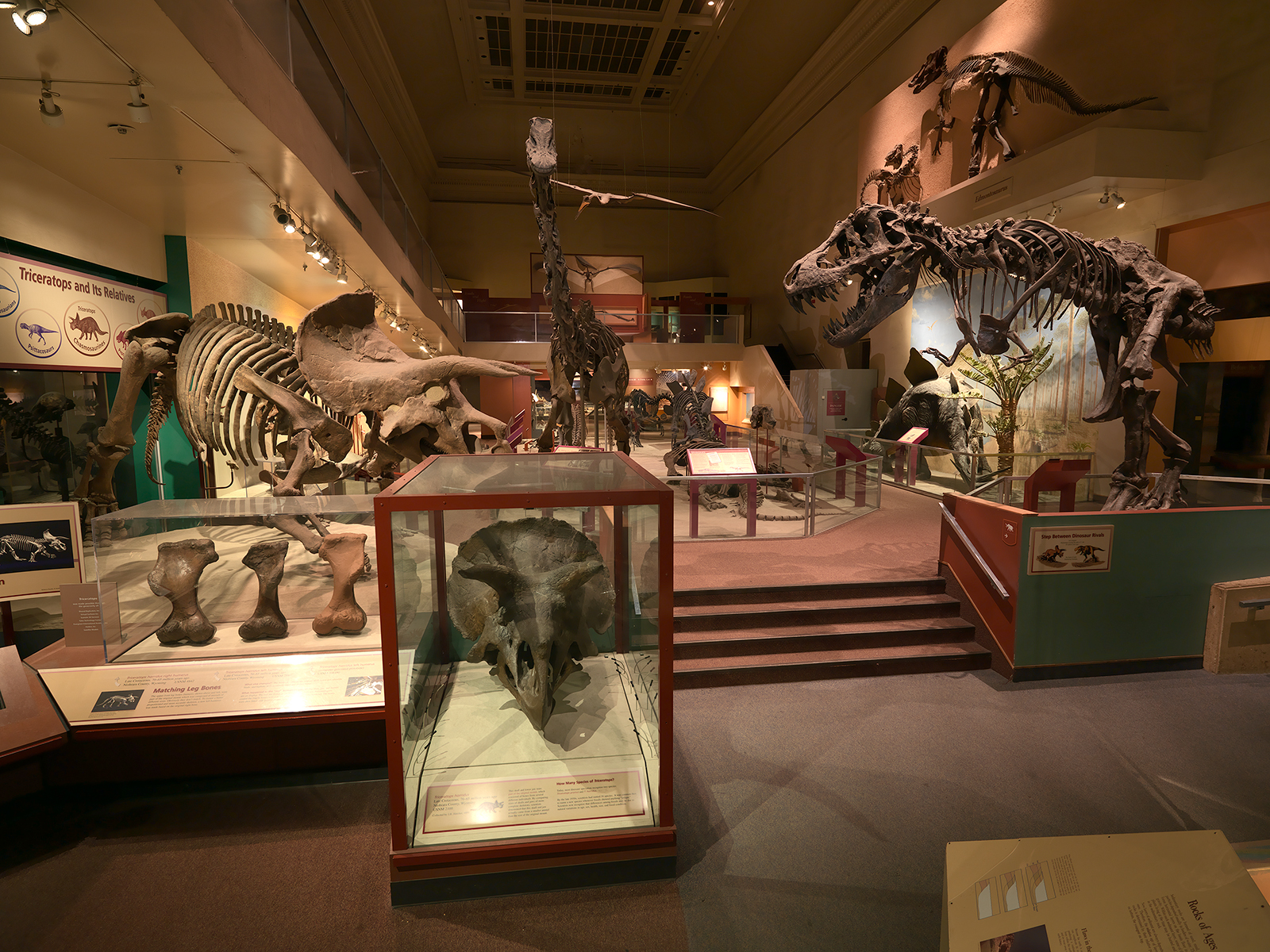 When is the dinosaur and fossil hall being closed? For how long? Why?

The dinosaur and fossil hall at the Smithsonian’s National Museum of Natural History will close April 27. The closure will allow the museum to completely renovate the halls and the exhibit from top to bottom. This process will take five years, and the new permanent exhibition will open in 2019.

There are important reasons why this renovation and closure are needed. First, the field of paleontology has changed significantly since the early 1980s (when the current hall was last renovated). People’s understanding of ancient life and its connections to the present and future has expanded. The museum needs to update its exhibitions to match what scientists now know.

Second, this major renovation is an important part of the museum’s mission as steward of the world’s largest fossil collection. The new exhibition will showcase the fossils and the many groundbreaking stories they can tell about past life. Creating a modern, accurate, compelling fossil exhibition is a critical part of the Smithsonian’s overall mission.

But five years is such a long time. Why will it take so long?

Five years IS a long time. But working with priceless fossil specimens is a big job. There are many components to the process, from modernizing the halls themselves to moving, conserving and remounting dinosaur fossils like the 90-foot-long Diplodocus (that has not been moved in more than 80 years).

There are actually five “halls” that house the dinosaur and fossil exhibits. The space has never been completely renovated since the museum first opened in 1910—past updates were done hall by hall, and the most recent was completed more than 30 years ago. All five halls need extensive renovation to bring them up to modern standards. More than 65,000 square feet of mechanical systems, air handling, electrical systems, windows and lights will be removed and replaced. In all, more than 31,000 square feet of exhibit space (six basketball courts’ worth) will be created.

There are three important phases in the dinosaur and fossil hall renovation project:

The museum has planned carefully to ensure that only these five halls will be closed, even at the height of the demolition and renovation work; the museum will remain open to the public the entire time.

Can the museum just fix up the current exhibition?

A top-to-bottom renovation is in the best interest of the specimens themselves and the 7 to 8 million museum visitors each year. Many of the more than 2,000 specimens currently on display in the dinosaur and fossil hall need special conservation to ensure that they will be strong enough to remain on display for future generations of visitors (and accessible for future researchers). These specimens will be carefully removed, photographed, conserved, remounted and reinstalled. Many are composed of hundreds or even thousands of individual bones. Some will also be 3-D scanned, cast or re-posed before being displayed again.

In addition, Smithsonian paleontologists have discovered many new fossils during their field expeditions of the past decades, and they have made fascinating discoveries that are not featured in the current exhibition. Rather than trying to update the exhibit piecemeal, this big renovation will allow the scientists to properly put their new discoveries into context of place and time. Plus, the museum will add exciting interactive elements, a completely renovated FossiLab (the museum’s glass-enclosed, real fossil-prep space) and an entirely new narrative about how the Earth and life interact and change together over time.

Where can visitors see dinosaurs for the next five years?

The Natural History Museum will offer opportunities to see dinosaurs—and lots of other fascinating fossils—between 2014 and 2019. Starting April 15, visitors to the Rex Room will have the rare opportunity to see staff members unpack, catalog, photograph and 3-D scan the 66-million-year-old bones of the Nation’s T. rex.

A new, 5,400-square-foot exhibit called “The Last American Dinosaurs: Discovering a Lost World” will open this fall Nov. 25. The exhibition will include two of the museum’s most charismatic dinosaurs—Triceratops and T. rex—along with many new fossils never displayed before. Plus, the FossiLab and an immersive Appshaker experience of the Late Cretaceous world will reopen in May 2014.

To celebrate the start of renovations to the new dinosaur and fossil hall, the museum will also host a number of public programs and extending the museum’s open hours the weekend of April 26 and 27. The museum will also partner with the National Park Service’s “National Fossil Day Celebration on the National Mall” Oct. 15 to send off many of its fossils, including the new T. rex, to be prepared for the new dinosaur and fossil hall.

What will the new dinosaur and fossil hall exhibition be like?

Visitors to the new exhibition will travel back on a journey through time, from the recent ice ages, when humans coexisted with huge mammals like mastodons, through the Cretaceous and Jurassic periods from 66 million to 200 million years ago, when dinosaurs ruled. They will learn about the extinctions that changed the planet forever, and will step into an immersive Carboniferous swamp—the origin of much of today’s coal reserves. Then, they will travel back even further, to explore animals’ transitions from ocean to land and the microscopic creatures that represented the earliest forms of life.

Along this journey, multimedia experiences, extraordinary fossils, life-sized models and updated mounts of historic specimens will engage visitors in real stories about the planet’s fascinating history and will highlight human connections to the Earth through time. A new FossiLab will draw visitors into the process of unlocking fossils’ secrets in real time. Outside the FossiLab, visitors can try hands-on and multimedia activities emphasizing “how science works”: asking questions, forming hypotheses, studying evidence, finding answers and asking new questions.

Visitors will also explore how the human species—Homo sapiens—is affecting Earth in ways big and small, and how, in a period of critical ecosystem and environmental transformation, people must become citizens for a changing planet.