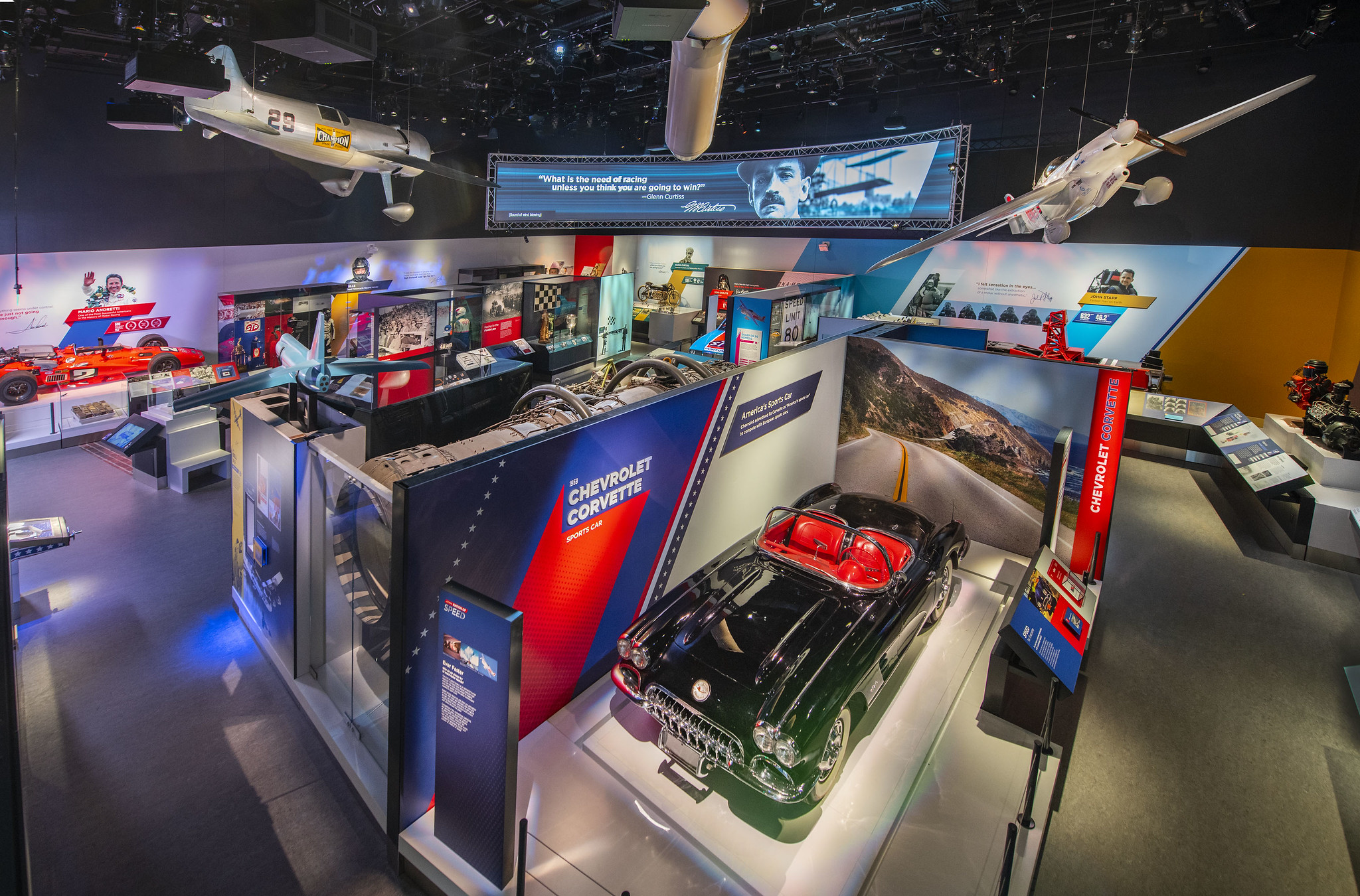 The United States is a nation of speed. Throughout history, Americans have shaped their lives and the world by embracing technologies that shatter time and distance not only in the air and in space, but also on land and sea. “Nation of Speed” explores the deep-rooted connection between people and machines through the history they made together. The story of speed is central to the understanding of transportation, motorsports and the military in American history and culture. “Nation of Speed” is a collaboration between the National Air and Space Museum and the Smithsonian’s National Museum of American History.

Jeremy Kinney
Jeremy R. Kinney is the associate director for research and curatorial affairs at the National Air and Space Museum. He leads the museum’s three research and curatorial departments and provides counsel and advice on curatorial and museum affairs to the director and senior leadership team. As a curator, Kinney oversees three collections at the museum: interwar and World War II American military aviation, air racing and aircraft propulsion. They number approximately 4,000 artifacts and range in size from a small puddle carburetor from 1911 to military fighter and bomber aircraft from World War II. All three collections document how communities developed high-performance aircraft and technology to express their visions of what flight could achieve for humankind in times of peace and war. Kinney was co-curator for the Barron Hilton Pioneers of Flight Gallery at the museum. He also curated exhibits and displays on aircraft propulsion systems, military aviation and jet aircraft. Kinney earned a Bachelor of Arts from Greensboro College and a doctorate in history from Auburn University.

Thomas Paone
Thomas Paone curates the lighter-than-air collection, including balloons, blimps, and airships at the National Air and Space Museum. The collection consists of over 500 items, from small pieces of fabric from the Hindenburg airship to the Explorer II gondola, which produced the first ever image showing the curvature of the Earth. The lighter-than-air collection embodies some of the earliest attempts at piloted flight, as well as artifacts representing record-breaking balloon flights. Paone has been an exhibition team member for several galleries in the museum, including Time and Navigation: The Untold Story of Getting from Here to There and the Boeing Milestones of Flight Hall. Paone’s research focuses on ballooning in the Civil War, as well as the use of airships and blimps in America. He received his Bachelor of Arts from Gettysburg College, and Master of Arts in American history from George Mason University.

Paul Johnston
Paul F. Johnston is curator of transportation at the Smithsonian’s National Museum of American History, specializing in maritime and motorcycle history. Like National Air and Space Museum’s Paul E. Garber, whose 1913 Harley-Davidson is at the American History Museum, Johnston is an enthusiastic motorcyclist, commuting year-round on two wheels. He has curated more than a dozen exhibitions and written or edited more than six books; his most recent volume on the wreck of Hawaiian monarch Kamehameha II’s royal yacht received the Smithsonian Secretary’s Research Award. He earned a Bachelor of Arts in English literature from Middlebury College and a doctorate in anthropology/archaeology from the University of Pennsylvania.

Roger White
Roger White is curator emeritus of road transportation at the National Museum of American History.  He curated a collection of 225 vehicles and numerous small objects that shed light on the increasing importance of personal mobility in America, with emphasis on the intersection of technology, design and social and cultural history. The collection ranges from significant prototype cars such as the Duryea brothers’ 1893 motor carriage to modern race cars and safety technologies for production cars.  White co-curated “America on the Move,” the American History Museum’s permanent exhibition hall, and temporary exhibitions about recreational travel, family cars, electric cars and auto safety. He received a Bachelor of Arts from the University of Maryland, Baltimore County and a Master of Arts in American civilization from the University of Delaware (Hagley Fellowship).