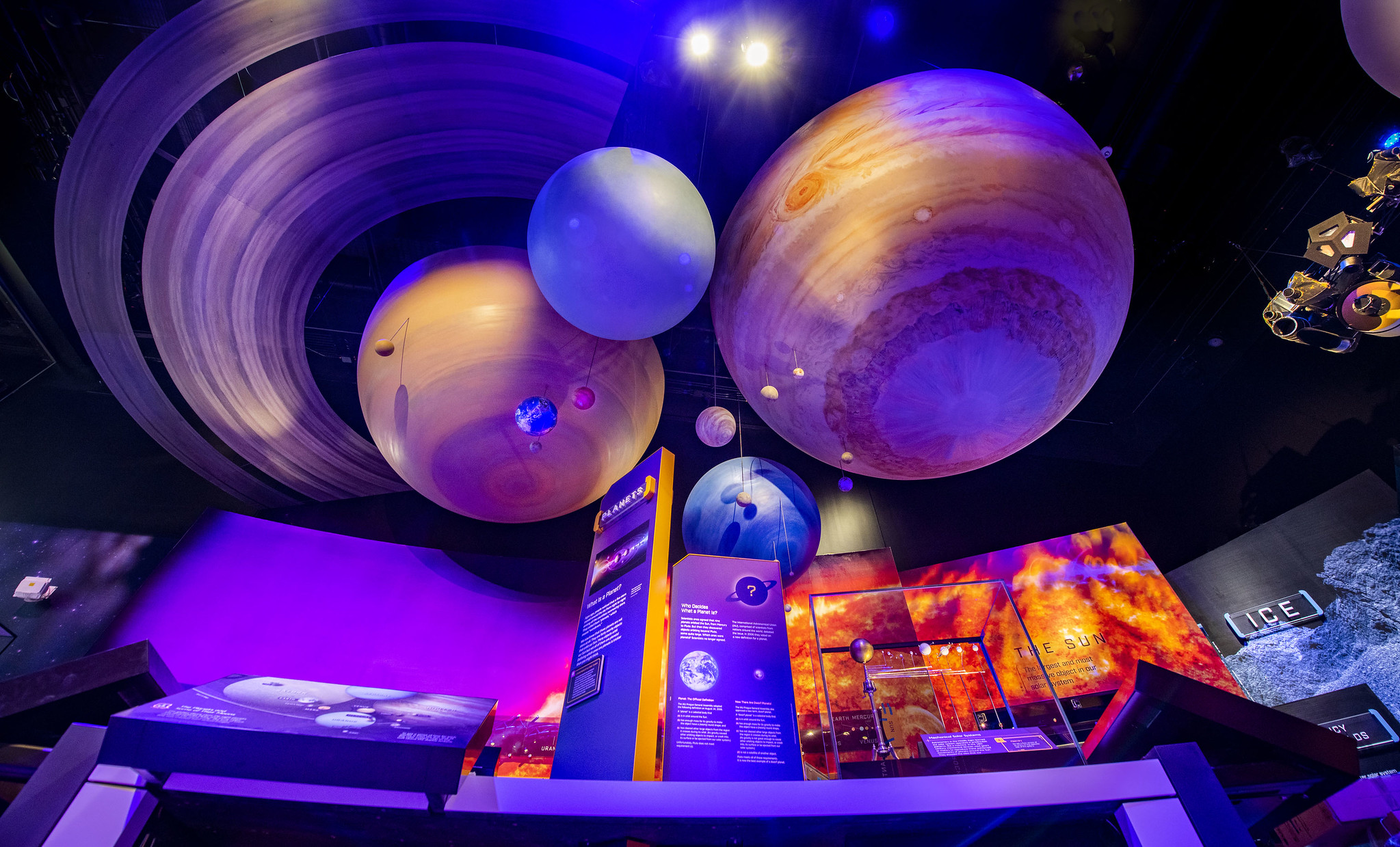 The “Kenneth C. Griffin Exploring the Planets Gallery” tells the stories of how exploration has revealed that the solar system is filled with amazingly diverse places that transform people’s understanding of Earth and worlds beyond. The solar system contains three types of worlds: giant planets, terrestrial planets and small icy/rocky bodies. Through the years, spacecraft cameras and instruments of increasing capability have revealed that the bright dots wandering in the sky are complex worlds, beautiful to the eye but often with environments of stark and dangerous extremes. With artifacts and interactives, the exhibition invites visitors to explore the solar system from the outside in.

Bob Craddock
Bob Craddock began his career as a geologist at the Center for Earth and Planetary Studies in 1988. While at the center, Craddock’s investigations have focused on understanding the geologic processes that have occurred on Mars. His work provided some of the first evidence that rain had fallen on the surface of early Mars. Through a joint appointment with the Department of Space History, Craddock works with curators in documenting and maintaining the National Collection of manned and unmanned planetary artifacts. From 2003 to 2004, he served in the Smithsonian’s Office of the Under Secretary for Science and Research as science advisor. In 2005, Craddock was elected chair of the Smithsonian Congress of Scholars, which is an internal organization dedicated to providing communication between the Smithsonian scholarly community and central administration. He received his Bachelor of Science in geology from University of Georgia, his master’s degree from Arizona State University and his doctorate from the University of Virginia.

Matthew Shindell
Matthew Shindell is a historian of science whose work focuses on the history of the Earth and planetary sciences, with an emphasis on the development of research programs in these fields during the Cold War. He curates the museum’s collection of spacecraft, instruments and other artifacts related to the exploration and study of the solar system. Shindell received a Bachelor of Science in biology from Arizona State University (1999), a Master of Fine Arts in creative writing from the University of Iowa Writers’ Workshop (2001), a Master of Science in biology: biology and society from Arizona State University (2004) and a doctorate in the history of science from the University of California, San Diego (2011).