Kevin Gover is the director of the Smithsonian’s National Museum of the American Indian and a citizen of the Pawnee Tribe of Oklahoma. Since he began as director in 2007, the museum has opened four critically acclaimed exhibitions, including “Fritz Scholder: Indian/Not Indian,” an exhibition that opened concurrently in Washington, D.C. and New York in 2008, the largest retrospective ever of the seminal 20th-century modern painter and sculptor; in October 2009, the Washington museum opened its first solo exhibition of a living artist, “Brian Jungen: Strange Comfort,” a major exhibition of the prominent Canadian artist (Dunne-za First Nations/Swiss-Canadian); the museum in New York, the George Gustav Heye Center, opened “Infinity of Nations: Art and History in the Collections of the National Museum of the American Indian,” a spectacular permanent exhibition of 700 works in October 2010; “A Song for the Horse Nation” opened in October 2011 and featured a treasure trove of stunning objects presenting the epic story of the horse’s influence on America Indian tribes; the museum’s Collections Search launched online to provide digital access to the museum’s objects and photographs, and, most recently, the museum opened the imagiNATIONS Activity Center providing a dynamic space for young visitors in Washington, D.C., in June 2012.

Gover was the assistant secretary for Indian Affairs in the U.S. Department of the Interior from 1997 to 2000 under President Bill Clinton where he won praise for his efforts to rebuild long-neglected Indian schools and expand tribal and Bureau of Indian Affairs police forces throughout the country. His tenure as assistant secretary is perhaps best known for his apology to Native American people for the historical conduct of the BIA.

Upon leaving office, Gover practiced law at Steptoe & Johnson LLP in Washington. In 2003, he joined the faculty at the Sandra Day O’Connor College of Law at Arizona State University and served on the faculty of the university’s Indian Legal Program, one of the largest such programs in the country.

Dubin’s landscape architecture projects and her writing on adornment have appeared in numerous periodicals and journals, including Architectural Digest, Architectural Review and The New York Times Book Review, among others. Dubin was a commissioner of the Indian Arts and Crafts Board at the U.S. Department of the Interior and sits on the New York board of the National Museum of the American Indian’s George Gustav Heye Center. Dubin graduated from the University of Pennsylvania with a degree in landscape architecture. Her latest project was the Franklin D. Roosevelt Four Freedoms Park—a Louis I. Kahn-designed memorial on Roosevelt Island in New York. The park was completed in 2012, 40 years after it was originally designed. Dubin was part of the original design team.

Kathleen Ash-Milby is an associate curator at the Smithsonian’s National Museum of the American Indian in New York, the George Gustav Heye Center.  She organized numerous contemporary art exhibitions at the museum, including “C. Maxx Stevens: House of Memory” (2012) and “Off the Map: Landscape in the Native Imagination” (2007).  She was the co-curator, with Truman Lowe, for “Edgar Heap of Birds: Most Serene Republics,” a public art installation and collateral project for the 52nd International Art Exhibition/Venice Biennale (2007).

Ash-Milby is a recipient of a 2011 Secretary of the Smithsonian’s Excellence in Research Award for her exhibition and publication HIDE: Skin as Material and Metaphor (2010). She served on the boards of the Aboriginal Curatorial Collective (2007 – 2012), and the American Indian Community House (2005 – 2007) and is currently the president of the Native American Art Studies Association (2011 – 2015).  She was the curator and co-director of the American Indian Community House Gallery in New York City from 2000 – 2005.

A member of the Navajo Nation, she earned her Master of Arts from the University of New Mexico in Native American art history. 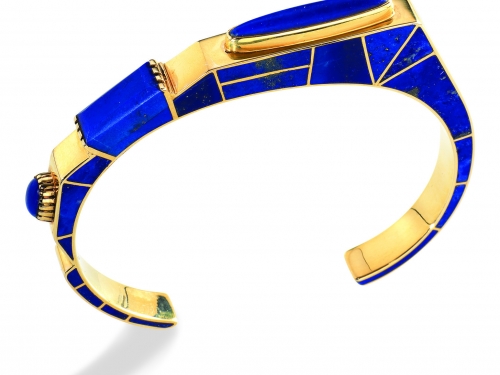