A Brief History of the Apollo Program 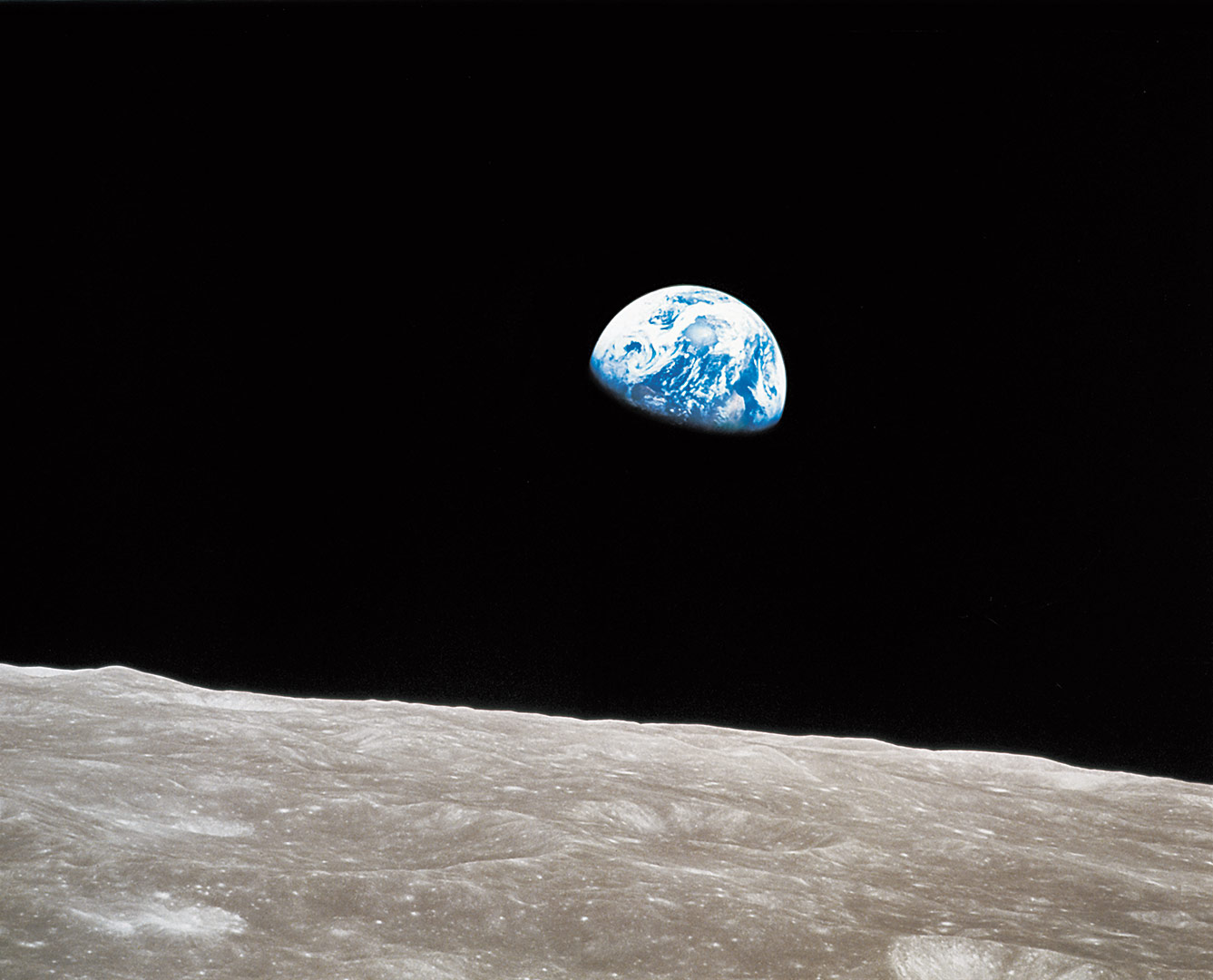 Apollo 1
This was the designation that the crew wanted to use for the first test flight (originally called AS-204) of the Apollo command and service modules (CSM). On Jan. 27, 1967, a fire on the launch pad resulted in the death of the three astronauts, Virgil “Gus” Grissom, Edward White and Roger Chaffee.

Apollo 2 and 3
No flights had these designations.

Apollo 4
Nov. 9, 1967: First test flight for the Saturn V launch vehicle. The Apollo 4 spacecraft completed three orbits of Earth and tested its heatshield to the approximate velocity it would experience during return to Earth’s atmosphere.

Apollo 5
Jan. 22–23, 1968: An unmanned test flight of the lunar module (LM) that would later carry astronauts to the moon’s surface.

Apollo 6
April 4, 1968: The second test of the Saturn V. The rocket had several problems, but the spacecraft carried out its mission.

Apollo 7
Oct. 11–22, 1968: The first Apollo mission to carry astronauts. It was a low-Earth orbit test of the CSM with Walter Schirra, Donn Eisele and R. Walter Cunningham. The mission lasted for 11 days, and was the first American mission to be broadcast live on TV.

Apollo 8
Dec. 21–27, 1968: The first mission to carry humans into deep space and orbit the moon, with Frank Borman, James Lovell and William Anders. Anders took the famous “Earthrise” photograph. On Christmas Eve, all three astronauts read verses from the Bible’s Book of Genesis as they broadcast the moon’s surface passing by their window.

Apollo 9
March 3–13, 1969: James McDivitt, David Scott and Russell Schweickart spent 10 days in low-Earth orbit testing the CSM Gumdrop and the LM Spider in all the procedures needed for a lunar landing. McDivitt and Schweickart became the first astronauts to fly the LM.

Apollo 10
May 18–26, 1969: Thomas Stafford, John Young and Eugene Cernan carried out a full dress rehearsal of the moon landing in lunar orbit. Stafford and Young descended to within 9 miles of the surface in the LM Snoopy, while Young flew the CSM Charlie Brown. The crew also surveyed and photographed the landing sites for Apollo 11.

Apollo 11
July 16–24, 1969: In LM Eagle July 20, Neil Armstrong and Edwin “Buzz” Aldrin made the historic first landing on the moon. Their site was in the Sea of Tranquility. Michael Collins piloted the CSM Columbia mothership. Armstrong became the first human to walk on the moon, followed by Aldrin, and they brought home the first samples from another celestial body.

Apollo 12
Nov. 14–24, 1969: LM Intrepid touched down 535 feet from its target in the Ocean of Storms (Apollo 11 had landed 4 miles from its target). Charles “Pete” Conrad and Alan Bean retrieved parts of the robotic Surveyor 3 spacecraft that had landed in 1966. They walked on the moon twice, gathering 76 pounds of samples. Richard Gordon piloted the mothership Yankee Clipper in orbit.

Apollo 13
April 11–17, 1970: James Lovell, John Swigert and Fred Haise were on their way to the moon when one of Odyssey’s service module oxygen tanks exploded, forcing an emergency return to Earth. They used the LM Aquarius as a lifeboat. The nearly fatal flight was portrayed in a book by Lovell and in a famous movie based on it. NASA Mission Control in Houston played a critical role in getting the astronauts back safely.

Apollo 14
Jan. 31–Feb. 9, 1971: Alan Shepard and Edward Mitchell carried out the third successful moon landing in the LM Antares at the Fra Mauro site originally intended for Apollo 13. Stuart Roosa piloted CSM Kitty Hawk and systematically photographed the moon. Shepard and Mitchell returned with 94 pounds of samples following an intense exploration of the rubble ejected when an asteroid hit the moon. Shepard, the first American in space, became the only Mercury astronaut to go to the moon.

Apollo 15
July 26–Aug. 7, 1971: David Scott and James Irwin landed at the mountainous Hadley-Apennine site in LM Falcon, while Alfred Worden orbited overhead in Endeavour, which was equipped with a new science bay with cameras. Equipped with a new long-duration LM, improved spacesuits and a four-wheel Lunar Roving Vehicle, Scott and Irwin spent 18 hours on the surface over three days. They gathered 169 pounds of samples, one believed to be as old as the moon itself. Worden became the first astronaut to make a spacewalk between the Earth and the moon when he retrieved the film from the service module.

Apollo 16
April 16–27, 1972: In LM Orion, John Young and Charles Duke made the only landing in the rough highlands of the moon, near the crater Descartes, while T. Kenneth Mattingly carried out a systematic science program from orbit in Casper. Young and Duke made three excursions in their rover, covering almost 20 miles and collecting 208 pounds of rocks and soil. They conducted many experiments, and, like all missions, left material on the mon. In this case they left the first telescope used on another world.

Apollo 17
Dec. 7–19, 1972: Eugene Cernan and Harrison Schmitt made the sixth and last lunar landing by humans, piloting LM Challenger to the Taurus-Littrow site on the mountainous edge of the Sea of Serenity. Ronald Evans flew the CSM America, once again carrying out a science program from orbit. Cernan and Schmitt spent 22 hours outside over three days, using the third lunar rover to gather 243 pounds of samples. Schmitt, a lunar geologist, was the only scientist astronaut to go to the moon. 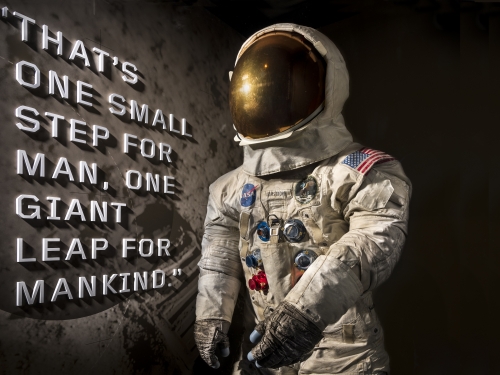