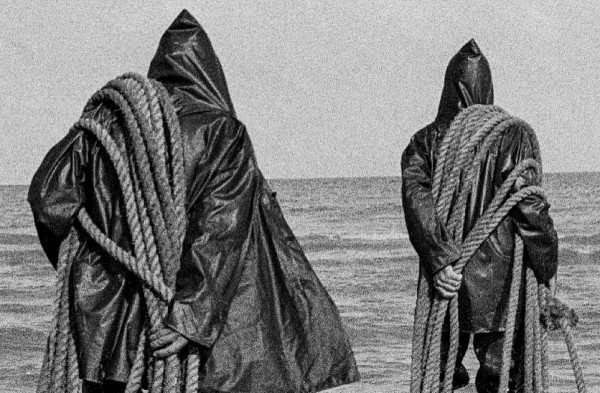 Living in Two Times features the work of Bahman Jalali (1944–2010) and his wife and closest collaborator Rana Javadi (b. 1953). Noted for their sharp documentary images and haunting photomontage works, the artists are among the most influential figures in the development of late twentieth-century photography in Iran. Driven by the medium’s powerful—and fragile—relationship to memory, Jalali and Javadi created an unparalleled visual record of a tumultuous period in their homeland.

This exhibition features images by both photographers from the iconic series Days of Blood, Days of Fire, capturing events in Tehran during the 1979 Iranian Revolution, as well as images from Jalali’s Khorramshahr: A City Destroyed and Abadan Fights On, drawn from his years spent on the Iran-Iraq warfront. Throughout his career, Jalali returned continually to his project of observing the changing lives and landscapes of Iran. A third section of the exhibition presents a selection of his images of fishing communities along the northern Persian Gulf. In addition to their documentary projects, Jalali and Javadi preserved early twentieth century archives, which they used as a basis for creating vivid photomontages that explore the role of the medium in documenting history. This will be the first museum retrospective in the United States that offers a glimpse of Jalali’s extensive practice and the first to be presented together with a selection of Javadi’s evocative work from the late 1970s to the present.