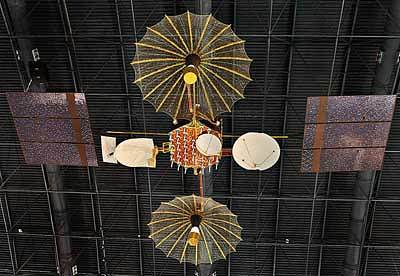 From the beginning of the Space Age, people recognized that Earth-orbiting satellites—able to see and communicate across vast distances—promised unique benefits. In the tense years of the Cold War, such spacecraft (known as applications satellites) evolved down two separate paths: one devoted to national security needs, the other to civilian interests. See examples of the hundreds of civilian and military applications satellites ringing the Earth that provide communications, photography, remote sensing, weather analysis, and navigation services to a variety of users.