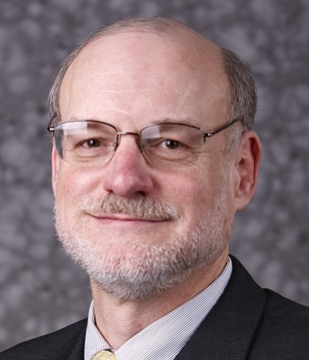 Chief Scientist and Interim Director of Smithsonian Libraries and Archives

Scott Miller is the Smithsonian’s chief scientist and interim director of Smithsonian Libraries and Archives.

As chief scientist, he advises senior management on science and research policy, promotes research and collaboration across all Smithsonian disciplines, fosters communication and coordination internally, nationally and internationally, and promotes research integrity.

As interim director of Smithsonian Libraries and Archives, he oversees one of the country’s premier research libraries, with over 2 million volumes and over 100 staff in 21 specialized branches across the range of disciplines covered by the Smithsonian. Its expert staff and extensive collections are a crucial resource for research and education communities at the Smithsonian, within the United States, and around the world.

From 2011–2020, Miller was the Deputy Under Secretary for Collections and Interdisciplinary Support, responsible for central planning and development of the Smithsonian’s vast collections (155 million objects) and interdisciplinary support operations. He oversaw the National Collections Program, Office of Fellowships and Internships, Smithsonian Libraries and Archives, and Smithsonian Institution Scholarly Press. Also, Miller was a liaison between the Smithsonian and various cultural and scientific organizations nationally and around the world.

He previously served as Deputy Under Secretary for Science, helping oversee the Smithsonian’s science museums and research facilities, major research initiatives, collections management, exhibitions and educational programs. Before joining the Smithsonian central administration, he was associate director for science at the National Zoological Park from 2004 to 2006, spearheading the rehabilitation of the Conservation and Research Center in Front Royal, Virginia, and chairman of the departments of entomology and systematic biology at the National Museum of Natural History from 2000 to 2006. He helped establish and operate the Consortium for the Barcode of Life—an international network that develops DNA-based identification tools to make biodiversity information more widely available, from 2003 to 2016.

Before coming to the Smithsonian in 2000, Miller designed and implemented an international biodiversity and conservation program for the International Centre of Insect Physiology and Ecology in Nairobi, Kenya.

From 1986 to 1997, Miller was chairman of the departments of entomology and natural science at the Bishop Museum in Hawaii. He reinvigorated research programs throughout the Pacific Basin, renovated science facilities and organized large curatorial and outreach programs. He worked with the state legislature to establish the Hawaii Biological Survey, which made innovative early use of the Internet in delivering biodiversity information to users.

Miller maintains an active research program as a curator of entomology at the National Museum of Natural History. He has published over 230 publications and co-edited four books. His current research focuses on moths of Papua New Guinea and Africa, especially the integration of systematics, ecology, biogeography and conservation of insects and plants in Papua New Guinea.

Miller received a bachelor’s degree from the University of California at Santa Barbara and a doctorate degree in biology from Harvard University. He is a fellow of the American Association for the Advancement of Science and the Royal Entomological Society of London and an Honorary Research Fellow of the Natural History Museum, London.