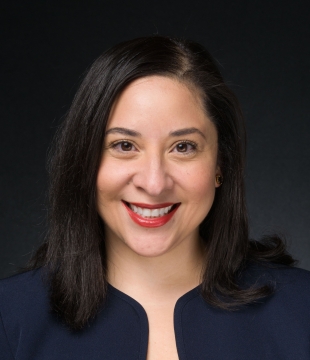 Previously, Marenco served as the chief external affairs officer and senior advisor at the Federal Communications Commission where she directed outreach, education and external affairs in the Consumer and Governmental Affairs Bureau. She was responsible for establishing strategic partnerships and developing outreach efforts to consumers, stakeholders and public and private partners.

A former television executive, Marenco was the president of ZGS Communications Station Group where she oversaw the management and direction of 13 Telemundo television stations, three radio stations, multiple digital properties and more than 200 employees. She was responsible for implementing strategic partnerships, marketing initiatives and public relations campaigns designed to drive ratings, increase audience shares and build awareness and branding. Marenco established key relationships with community stakeholders, Fortune 500 companies, Congress, press and media organizations, and federal, local and state governments. Before that, she was the general manager of Telemundo WZDC 25 in Washington, D.C. As general manager, she oversaw the day-to-day management, operation and financial management of the station.

Marenco earned her bachelor’s degree in communications from Rowan University and her master’s degree from Harvard University’s John F. Kennedy School of Government. In 2007, she was selected by the President of the United States to serve as a White House Fellow.

Marenco is an executive board member and the vice chair of communications for the Washington, D.C., chapter of the International Women’s Forum, a nonprofit organization dedicated to advancing women’s leadership globally and locally. In addition, she is a board member of Destination DC, Washington, D.C.’s official marketing organization. In 2020, she was elected to serve on the board of directors of the American Alliance of Museums, an alliance of 35,000 museums and museum professionals. From 2018 to 2021, she served as a commissioner of the Women’s Suffrage Centennial Commission.