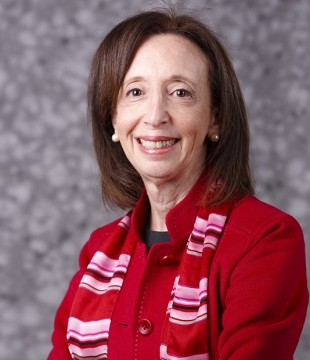 The Smithsonian’s general counsel directs and coordinates all legal matters and prepares legal opinions relevant to the operations of the Institution, including coordination with the Department of Justice on litigation matters, representation in administrative proceedings, engagement and management of outside counsel and management of the team of lawyers and support staff who provide the legal advice and representation to the entire Institution.

She served as assistant attorney general in the office of the Arizona Attorney General (1990–1991) and as associate university counsel at the University of North Carolina (1983–1990).

Leonard is active in the National Association of College and University Attorneys and the Association of Corporate Counsel. In 2014, she was elected to the American Law Institute, the leading independent organization in the United States producing scholarly works to clarify, modernize and improve the law. She serves on the board of trustees of the Southern Education Foundation and on the advisory board for the Widener Global Leadership Program at Wichita State University. She is also a member of the Women’s Advisory Board of the Girl Scouts of the National Capital Region and of the Women’s Forum of Washington, D.C., a chapter of the International Women’s Forum. Leonard was the recipient of the 2021 Law College Association Award of the University of Arizona, where she serves on the board of visitors. She has also served on the American Bar Association’s Legal Education Accreditation Committee.

Leonard earned her juris doctor degree and master’s degree in education from the University of North Carolina and a bachelor’s degree from Cornell University.