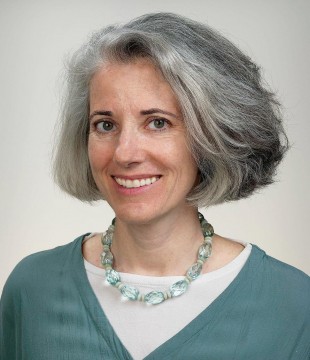 Sustained entirely by course tuition, a robust membership program and a limited number of modest grants, Associates’ programmatic offerings include an interactive museum theater for children, studio arts classes and regional study tours, as well as lectures and courses, a master’s degree in decorative arts and special opportunities for young professionals. Topics range from the arts and sciences, to current events, history and pop culture. Live performances, unprecedented access to Smithsonian resources and staff, and once-in-a-lifetime experiences like museum sleepovers and summer camp are program highlights.

Adelman moved to Smithsonian Associates following a long career at SITES (1987–2013), the Smithsonian Institution’s Traveling Exhibition Service, where she was responsible for professional teams creating traveling exhibitions and education programs. She is also on staff with the Office of the Associate Provost for Education and Access, where she is the director of collaborative programs and is frequently called upon to serve on Smithsonian-wide committees.

Before her work at Smithsonian, Adelman worked on the preliminary concept planning team for the United States Holocaust Memorial Museum and served as assistant director for an independent museum of Jewish history and culture in Washington, D.C. While completing her master’s degree in museum education from George Washington University, she held internships at the Smithsonian’s National Museum of Natural History and at DCPS’ John Eaton Elementary School. Her direct classroom experience also includes teaching middle-school science and French at the Washington International School.

Adelman is bilingual (English/French) and earned her undergraduate degree in anthropology from Bryn Mawr College. She holds a baccalaureate in biology from the Lycée Français de New York and a certificate from the Getty Leadership Institute. She is a longtime member of the American Alliance of Museums, the International Council of Museums, the Museum Education Roundtable and the National Association for Museum Exhibition.