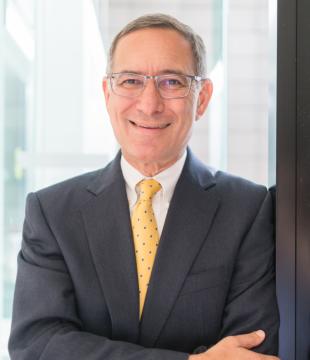 Elliot Gruber is the director of the National Postal Museum. The museum is dedicated to the preservation, study and presentation of postal history and philately (the collection and study of postage stamps, postmarks and stamped envelopes). The museum hosts exhibitions, educational public programs and research to showcase the largest and most comprehensive collection of stamps and philatelic material in the world. Its William H. Gross Stamp Gallery is the largest stamp gallery in the world.

Before joining the Smithsonian in September 2017. Gruber was the chief development and external affairs officer for the Jewish Social Service Agency.

Gruber has more than 30 years’ experience in the nonprofit sector. As chief development and external affairs officer for the Jewish Social Service Agency since January, Gruber was responsible for the organization’s philanthropic revenue, marketing and communications. Under his leadership, the agency launched a $6 million capital campaign to renovate one of its buildings in the Washington, D.C., area. The Jewish Social Service Agency is a nonpartisan, nonprofit, client-focused health and social service agency helping individuals and families meet emotional social and physical challenges for more than 120 years.

Before joining the Jewish Social Service Agency, Gruber was a principal at EHG Consulting, which provides strategic planning and operations and fundraising expertise to nonprofit organizations. Gruber worked with the Houston Maritime Museum, which is preparing to launch a $50 million capital campaign for its new facility scheduled to open in 2020. He also conducted a comprehensive review and analysis of the organizational and fundraising structure for Ford’s Theatre in Washington, D.C.

Gruber was the president and chief executive officer of The Mariners’ Museum and Park in Newport News, Va., from February 2013 through April 2016. There, he managed a $7 million annual budget, 550 acres of parkland and a staff of 90. He also established the Monitor Foundation, a nonprofit organization overseeing the largest marine metals conservation lab in the world, to ensure continued conservation of the ironclad steamship the USS Monitor, which was built by the U.S. Navy during the Civil War.

From September 2010 until January 2013, Gruber was the senior vice president for resource development for the United Way of the National Capital Area. He was responsible for all fundraising programs, including the Greater Washington Give to the Max Day, which in its inaugural year raised more than $2 million in 24 hours.

Gruber was the vice president and chief operating officer of the Gettysburg Foundation (August 2002–September 2010) where he directed the $125 million capital campaign to build a new museum and visitor center at Gettysburg National Military Park. He oversaw all museum operations, including ticketing, reservations, visitor services and facilities management.

He has also worked in leadership capacities at the Ocean Conservancy, the Civil War Trust and the National Parks Conservation Association.

He succeeds Allen Kane, who retired in January, as director of the museum. Marshall Emery served as acting director.