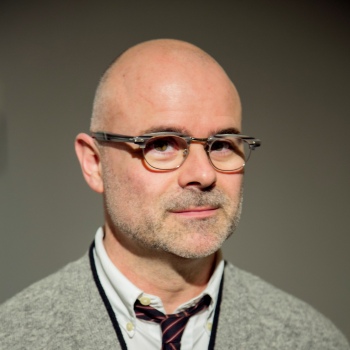 "I started to see that pretty soon we were going to start collecting this stuff, and then it’s a short step to preserving it. So I got an interest in media art preservation early on, and initially it seemed totally intractable—an enormous problem for which there was no apparent solution."

Richard Rinehart is the Director of the Samek Art Gallery at Bucknell University in Lewisburg, Pennsylvania. He was formerly Digital Media Director and Adjunct Curator at the University of California, Berkeley Art Museum.

Downloads
Text of interview with Richard Rinehart
Back to Top