During inspection it was determined that playing the audio file through the DVD player was not a good long-term solution. The audio file was extracted from the DVD and loaded into the Museum's Qsys system. The mono signal was then EQ'd with the artist present to achieve the desired audio. 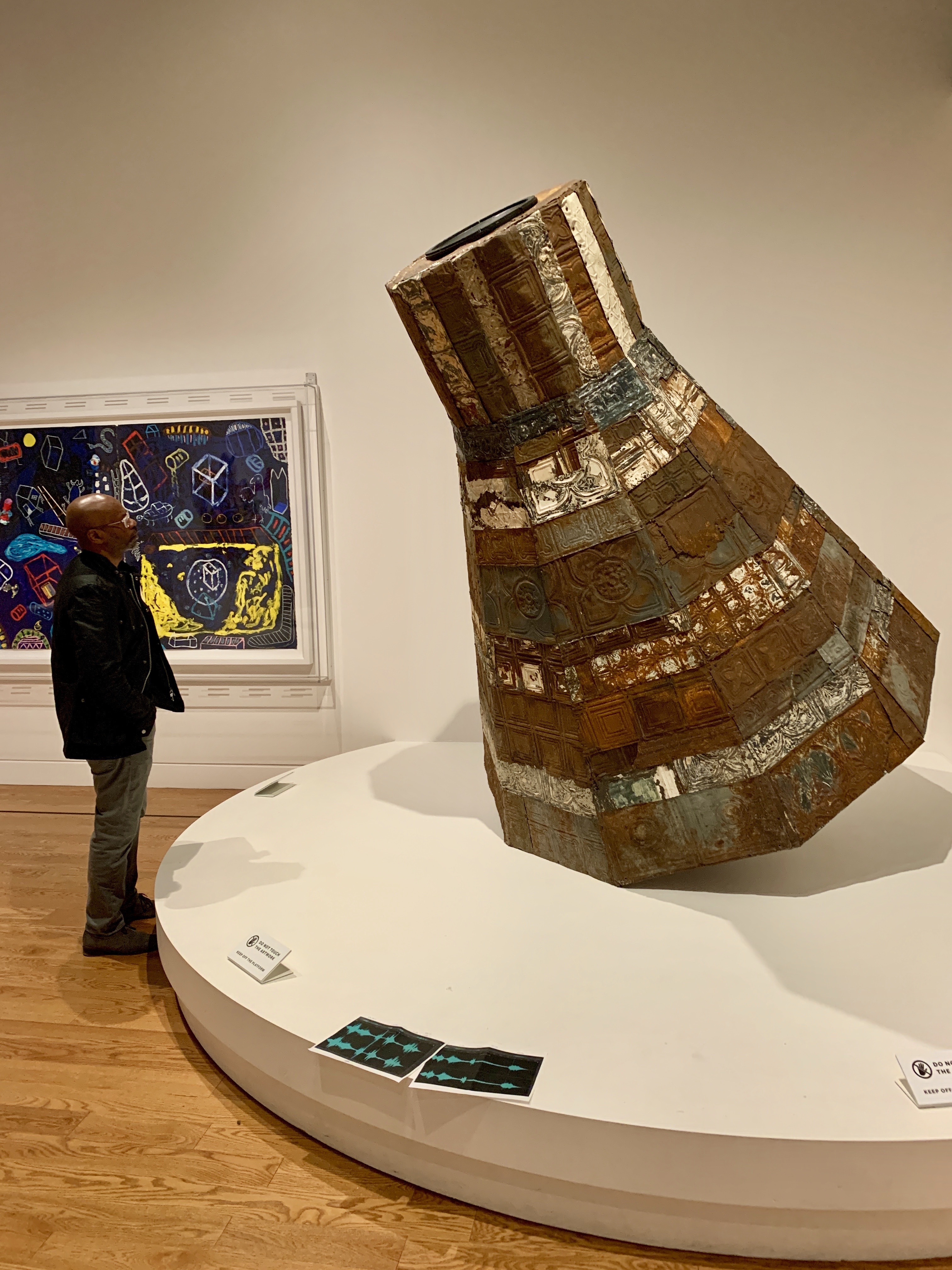 Link to external time-lapse video of artwork installation in the National Museum of African American History and Culture's "Visual Art and the American Experience" exhibition on September 12, 2016.

About the Artist
Jefferson Pinder (b. 1970, Washington, D.C.) has produced highly praised performance-based and multidisciplinary work for over a decade. His work has been featured in numerous group shows including exhibitions at The Studio Museum in Harlem, the Wadsworth Athenaeum Museum of Art in Hartford, Connecticut, The High Museum in Atlanta, the National Gallery of Art, Washington D.C. and Tate Modern in London, UK. He received a BA in Theatre and MFA in Mixed Media from the University of Maryland, and studied at the Asolo Theatre Conservatory in Sarasota, FL. He was an Assistant Professor of theory, performance and foundations at the University of Maryland from 2003-2011. Since relocating to Chicago from Washington DC in 2011, Pinder is a Professor in the Contemporary Practices department at the School of the Art Institute of Chicago.

Jefferson Pinder’s work provokes commentary about race and struggle. Focusing primarily with neon, found objects, and video, Pinder investigates identity through the most dynamic circumstances and materials. From uncanny video portraits associated with popular music to durational work that puts the black body in motion, his work examines physical conditioning that reveals an emotional response.  His work has been featured in numerous group and solo shows including exhibitions at The Studio Museum in Harlem, the Wadsworth Athenaeum Museum of Art in Hartford, Connecticut, Showroom Mama in Rotterdam, Netherlands, The Phillips Collection, and the National Portrait Gallery in Washington, DC.  Pinder’s work was featured in the 2016 Shanghai Biennale, and at the Smithsonian Museum of African American History and Culture. In 2016, he was awarded a United States Artist’s Joyce Fellowship Award in the field of performance and was a 2017 John S. Guggenheim Fellow. Currently Pinder is a Professor of Sculpture and the Dean of Faculty at the School of the Art Institute of Chicago.

Restrictions and Rights
© Jefferson Pinder. Permission required for use.