Bouquet holders were a necessity for the well-dressed Victorian lady. Along with fans, parasols, gloves and dance cards, they were must-have accessories for women attending balls.

During the Victorian era, fashionable young ladies in Europe and the U.S. often carried bouquets of flowers known as “tussie-mussies” or “nosegays” at dinner parties, concerts and balls. To keep the flowers fresh, special bouquet holders known as porte-bouquets or bouquetiers were used. They held water in the bottom to keep flowers hydrated, and they also protected the wearer’s gloves or clothing from being stained by the plant pigments. Many featured a ring attached to a delicate chain, which allowed the owner to dangle a bouquet from her finger while dancing. 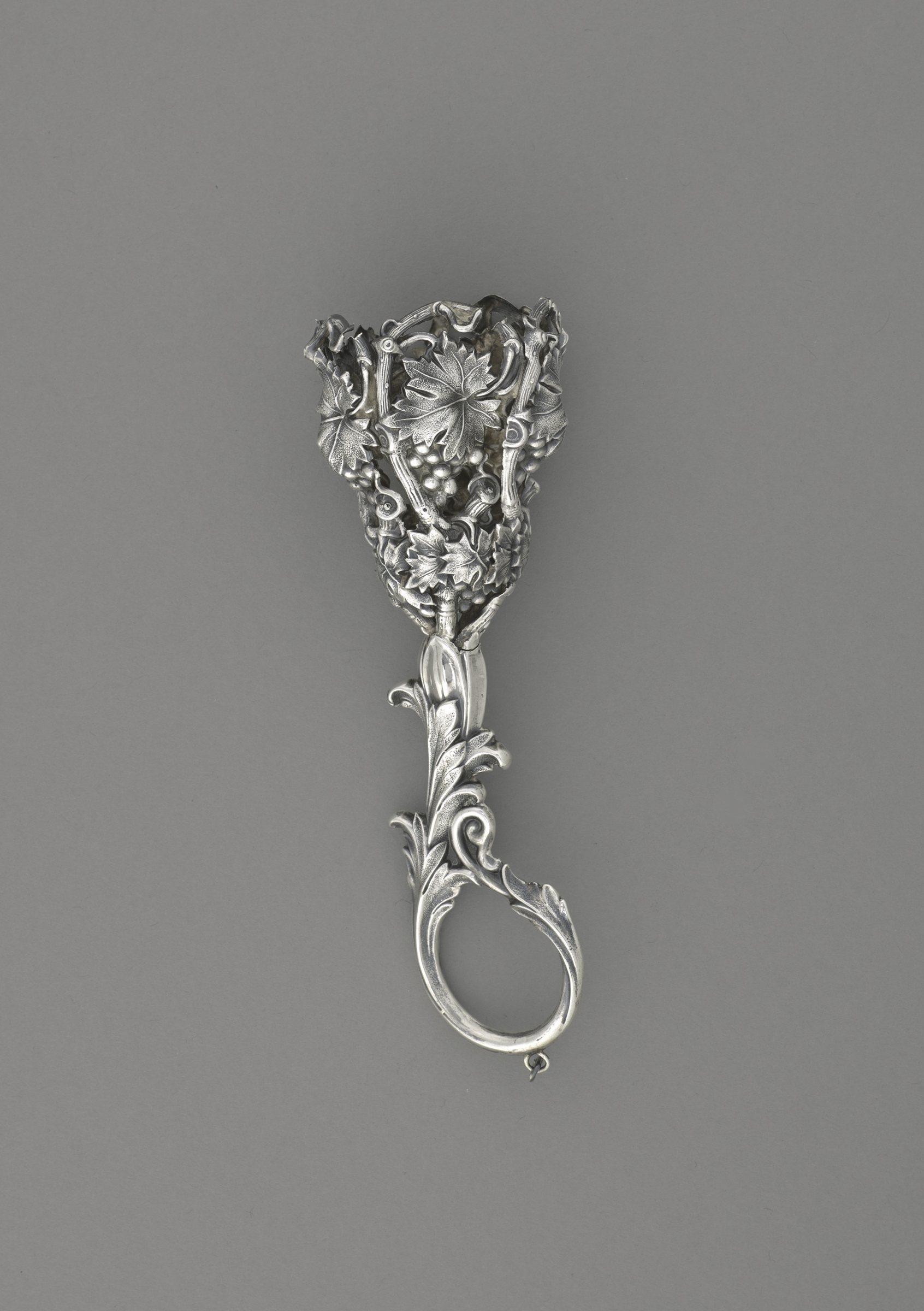 These fashion accessories largely disappeared by World War I, but the practice of wearing flowers on special occasions—such as proms, weddings and graduations—continues today.

The decorative arts flourished during the Victorian era. Bouquet holders, like many objects made during this period, featured ornate and fanciful details and lush patterns inspired by nature. 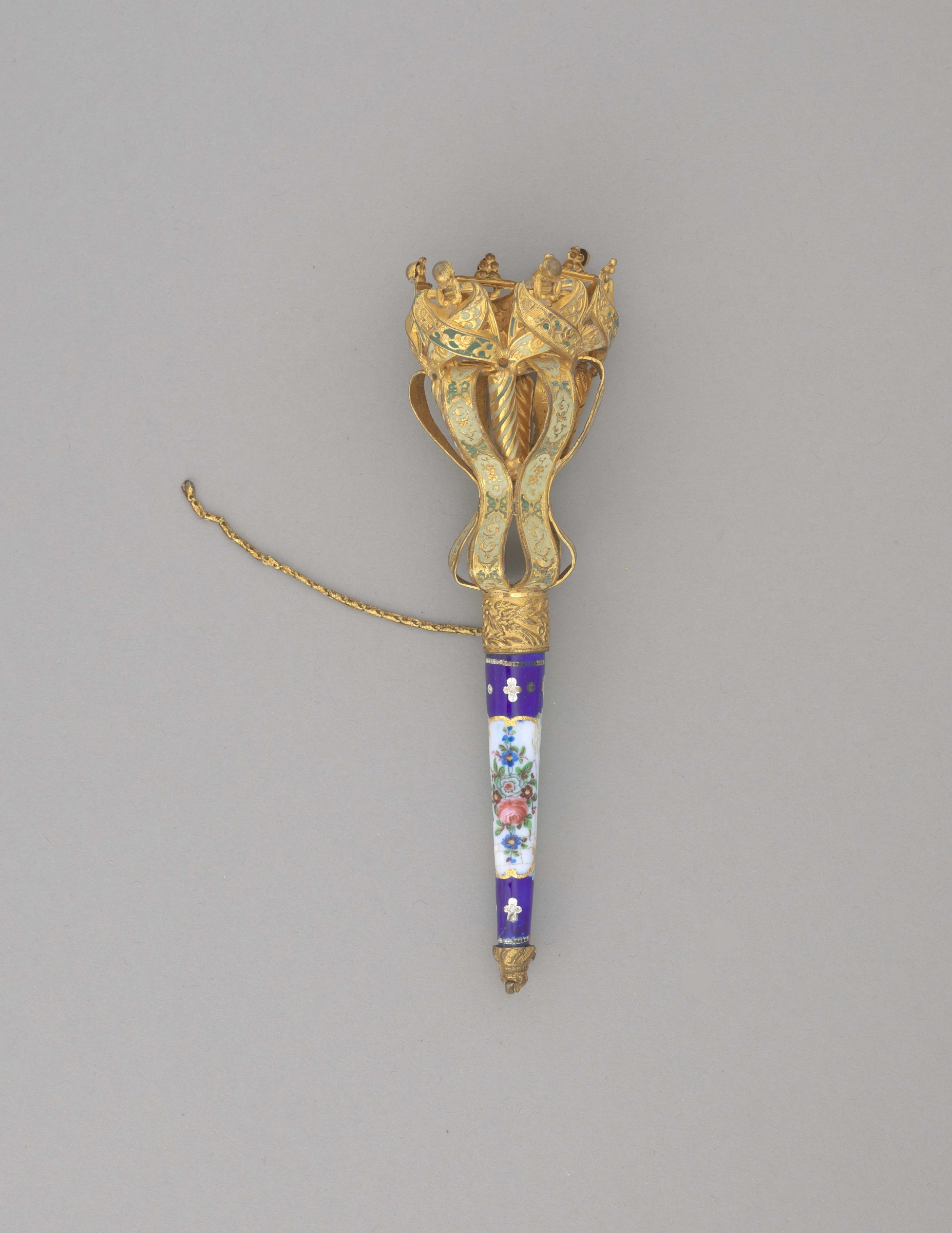 They were made from a variety of materials, including pierced metals, ivory, painted porcelain, mother-of-pearl, and even wicker. The finest ones were fashioned out of gold and silver and inset with semiprecious jewels.

Most holders were custom-made by jewelers or ceramists who took great care in individualizing each one. Some featured little mirrors, which enabled the owner to steal a glance at a nearby gentleman. Others were designed with ornate enameled handles or hidden tripod stands to place the bouquets upright on a dinner table. One type of holder even included tiny dance cards with an attached pencil so the owner could keep track of her dance partners. 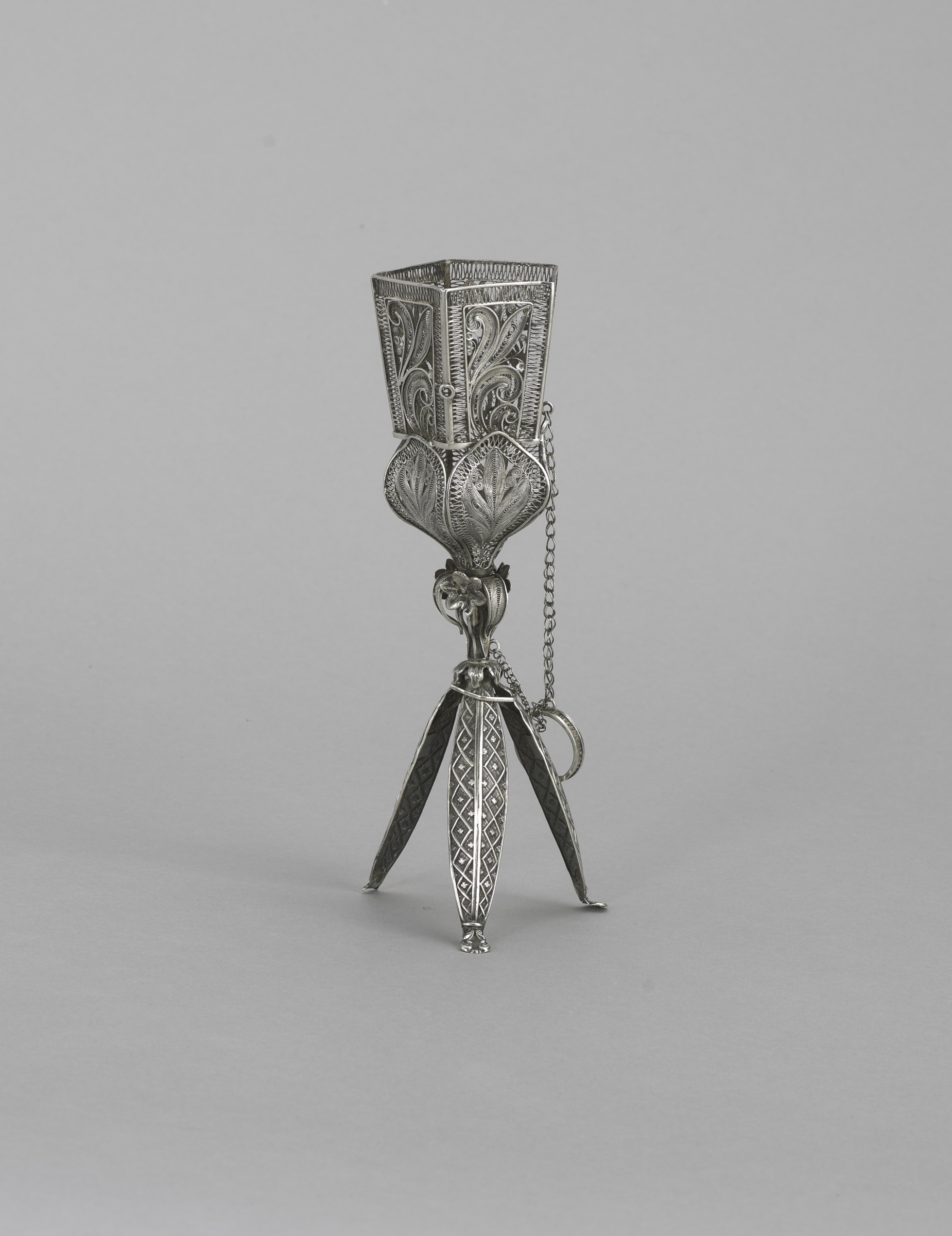 In addition to carrying flowers in bouquet holders, women often wore flowers in their hair, on their wrists, or pinned to their dresses.

Just as they are today, gifts of flowers during the Victorian era were tokens of love and affection. Under the strict moral codes of the time, flowers were one of the few gifts gentlemen could give ladies before they were engaged—jewelry being reserved for after marriage.

Flowers given in bouquet holders were carefully selected to convey a secret message using the Victorian era’s “language of flowers.”

Learn more about floral fashion from this online exhibition from Smithsonian Gardens.

Peruse the tiny and ornate fashion of bouquet holders from Smithsonian Gardens.
Back to Top