Meet the owls that lived in the Smithsonian Castle

These barn owls used to live in the Smithsonian Institution Building, AKA the Castle, in the 1970s.

Our Secretary at the time, S. Dillon Ripley, was an ornithologist and thought owls could hunt the rats attracted to the new garbage cans on the National Mall. He named them Increase and Diffusion—a nod to the Smithsonian’s mission of “the increase and diffusion of knowledge”—and they lived in the building's west tower.

The pair hatched three owlets in the spring of 1977. One of those new owlets fell out of the tower, but was recaptured and brought safely inside by a staff member. This Smithsonian Institution Archives photo shows it refusing to take a message. 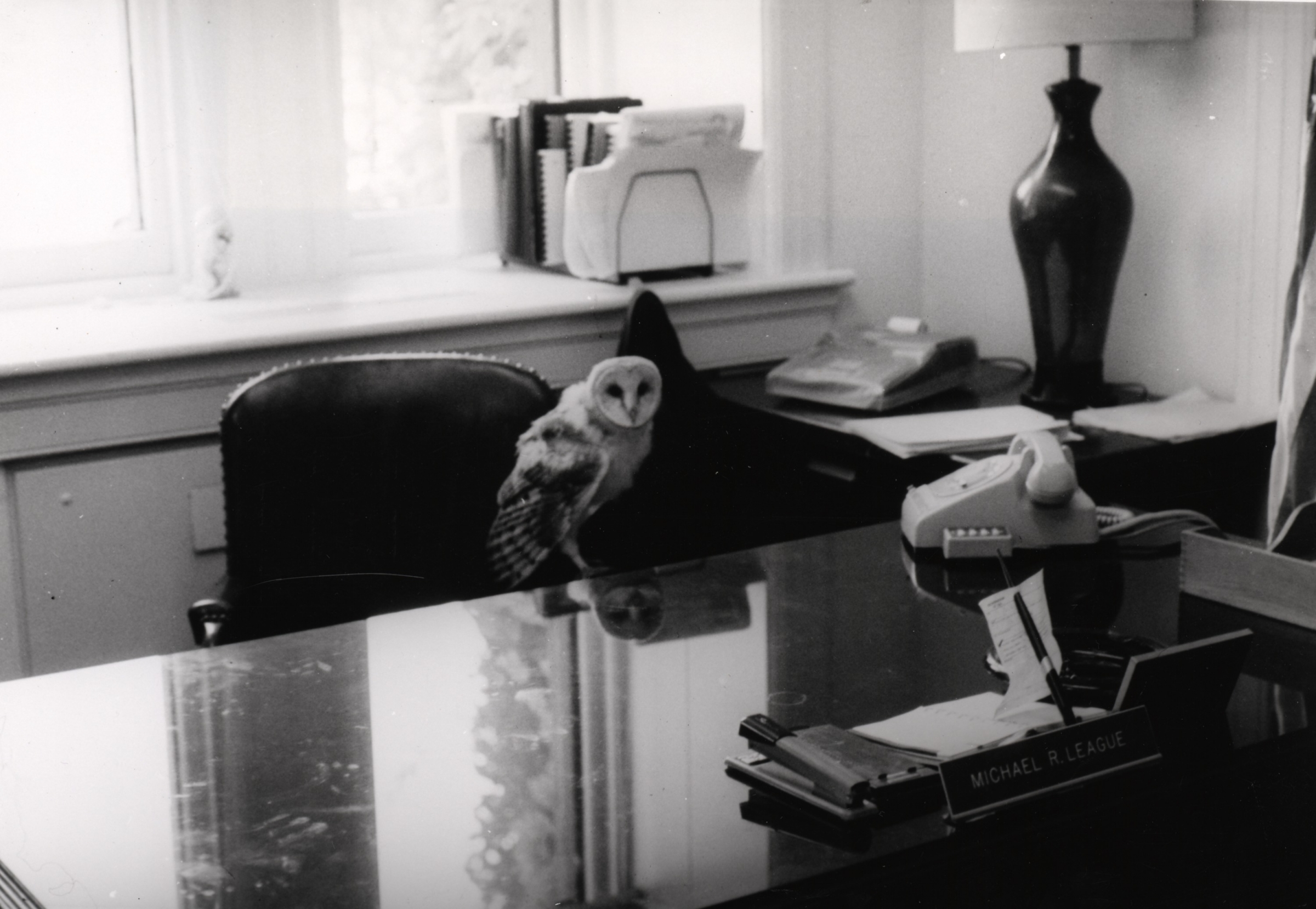 After raising their family, the owls departed and never returned.

(These are not to be confused with the previous Castle owl residents, who were known to crash into windows and swoop down on guards on the National Mall at night, and whose extensive droppings caused the collapse of the floor of a tower. They remain nameless.) 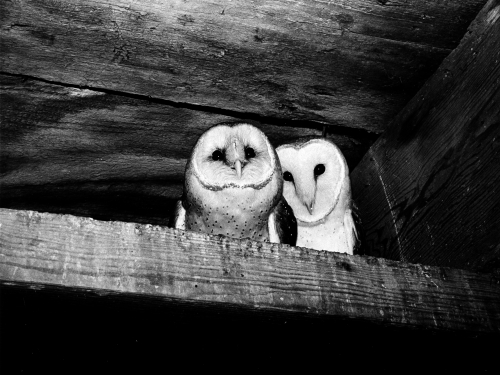