Dress for fall like Ira Tucker, lead singer of the Dixie Hummingbirds

We're falling for this autumnal necktie from the Smithsonian’s National Museum of African American History and Culture.

This tie—made by Metcalf Neckwear Company—belonged to gospel singer Ira Tucker Sr., who wore it around 1950. Tucker was the lead singer for the Dixie Hummingbirds for around 70 years.

For decades, the Dixie Hummingbirds have been one of the most popular gospel quartet groups in the country. With Tucker's large range and energetic performance style, they influenced artists including the Temptations and Stevie Wonder. In 1973, they sang back up on Paul Simon’s “Loves Me Like a Rock”; soon after, they recorded their version of the song, which won a Grammy for Best Soul Gospel performance. 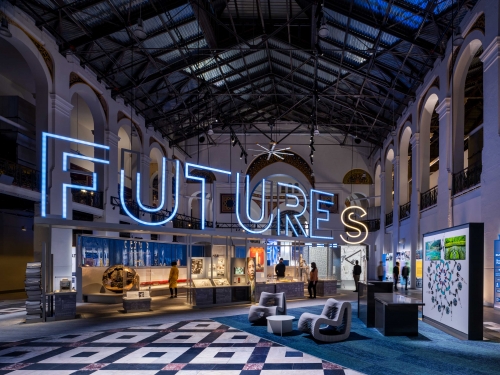