The 19th century’s big wedding trend? Getting married in a balloon

Before mason jars and nuptial hashtags, balloon weddings were once all the rage. When flight was a novelty in the 19th century, these “destination weddings” became quite the spectacle.

The first known aerial wedding—with vows exchanged in the air—was on Oct. 19, 1874, between Mary Elizabeth Walsh and Charles M. Colton. They rode in a balloon named after their employer P.T. Barnum, who was in attendance, over a crowd of thousands in Cincinnati, Ohio.

The Sept. 27, 1888, wedding of Margaret Buckley and Edward T. Davis drew an estimated 40,000 people, who watched as the couple took to the air after their ceremony at the Rhode Island State Fair.

Their honeymoon-by-sky hit a snag when the balloon landed in a swamp that evening. Passengers had to cling to the ropes above the basket to stay out of the water—and decided to finish the trip by train. (Can you blame them?)

The couple later reenacted their wedding for a photographer in a studio. The staged photos and the ones from their wedding day are in the collection of the National Air and Space Museum Archives.

Learn more about the history of balloon weddings from the museum. 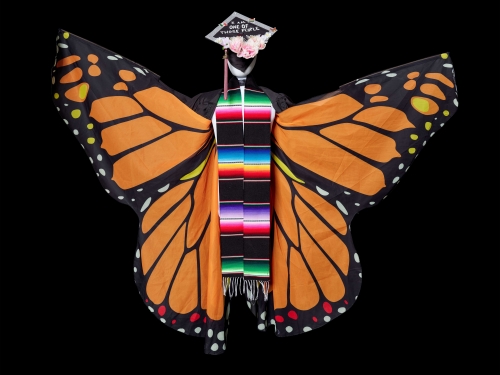