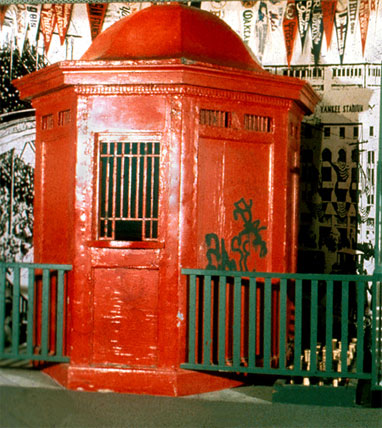 Baseball season is here. This Smithsonian Snapshot celebrates the season with this 1923 ticket booth from the original Yankee Stadium.

On April 18, 1923, the home ballpark of the New York Yankees opened to the public in New York City. The stadium was nicknamed “The House that Ruth Built” after Babe Ruth, the iconic baseball superstar who revitalized the game, bringing in thousands of new fans and marking the beginning of the Yankees’ winning history.

During the stadium’s 85-year history, it hosted 6,581 Yankees regular-season home games. This ticket booth was part of the original stadium before it was remodeled in 1973 and demolished in 2008.