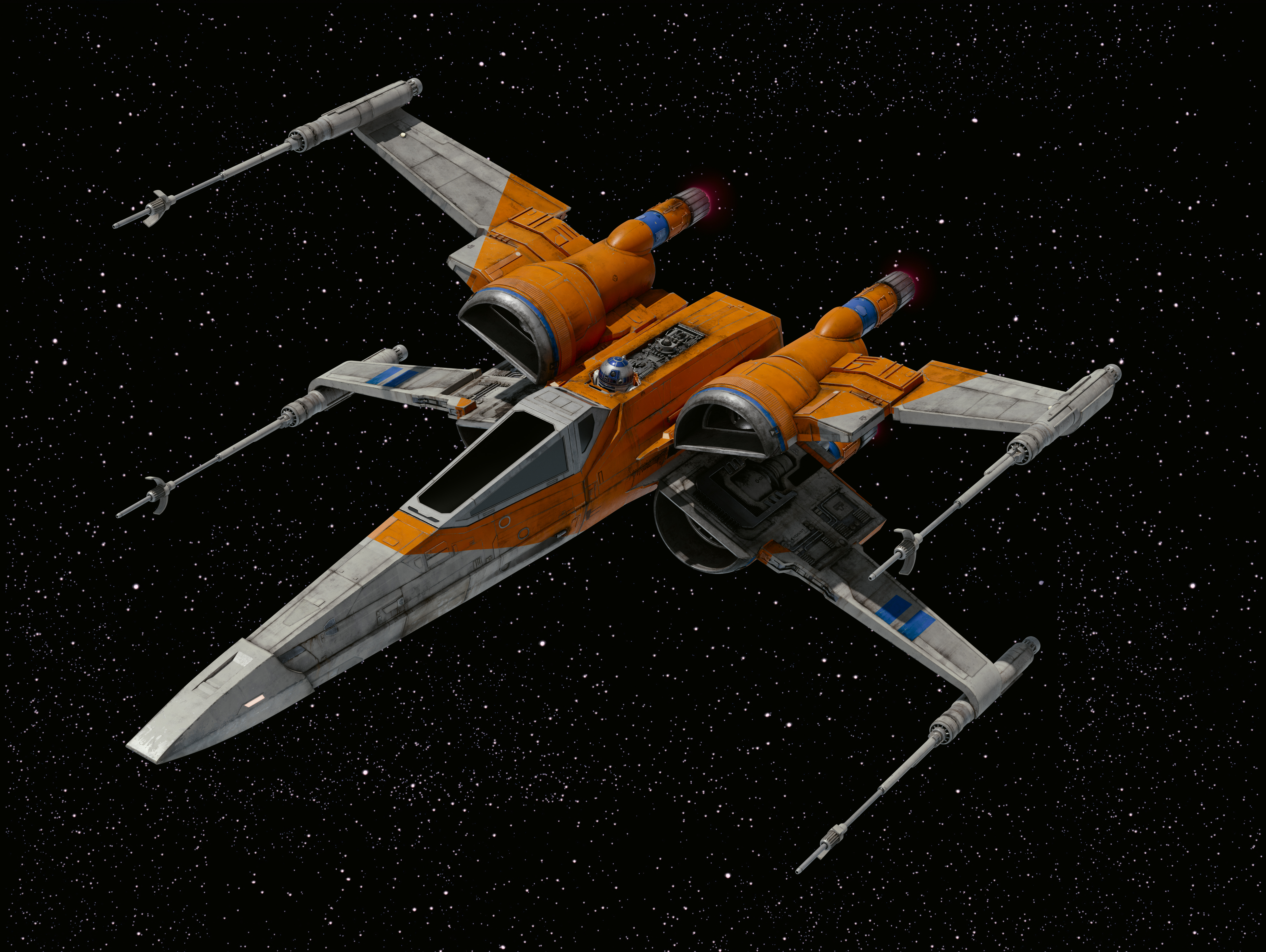 This X-wing Starfighter appeared in Star Wars: The Rise of Skywalker. Credit: Lucasfilm.

A full-sized X-wing Starfighter, with a wingspan of 37 feet, that appeared in Star Wars: The Rise of Skywalker is at the National Air and Space Museum’s Steven F. Udvar-Hazy Center. Invented for Star Wars: A New Hope in 1977, X-wings take their name from the distinctive shape of their strike foils when in attack position.

Artists at Industrial Light & Magic brought X-wings and other vehicles to life on the silver screen using miniatures as well as full-size vehicles and cockpits, combined with visual effects.

The X-wing will undergo conservation in the Restoration Hangar at the Udvar-Hazy Center, and the work will be visible to the public. The museum will display the X-wing Starfighter in its newly renovated building on the National Mall outside the Albert Einstein Planetarium beginning in 2022. It is on long-term loan from Lucasfilm.