Writing Words in the Sky 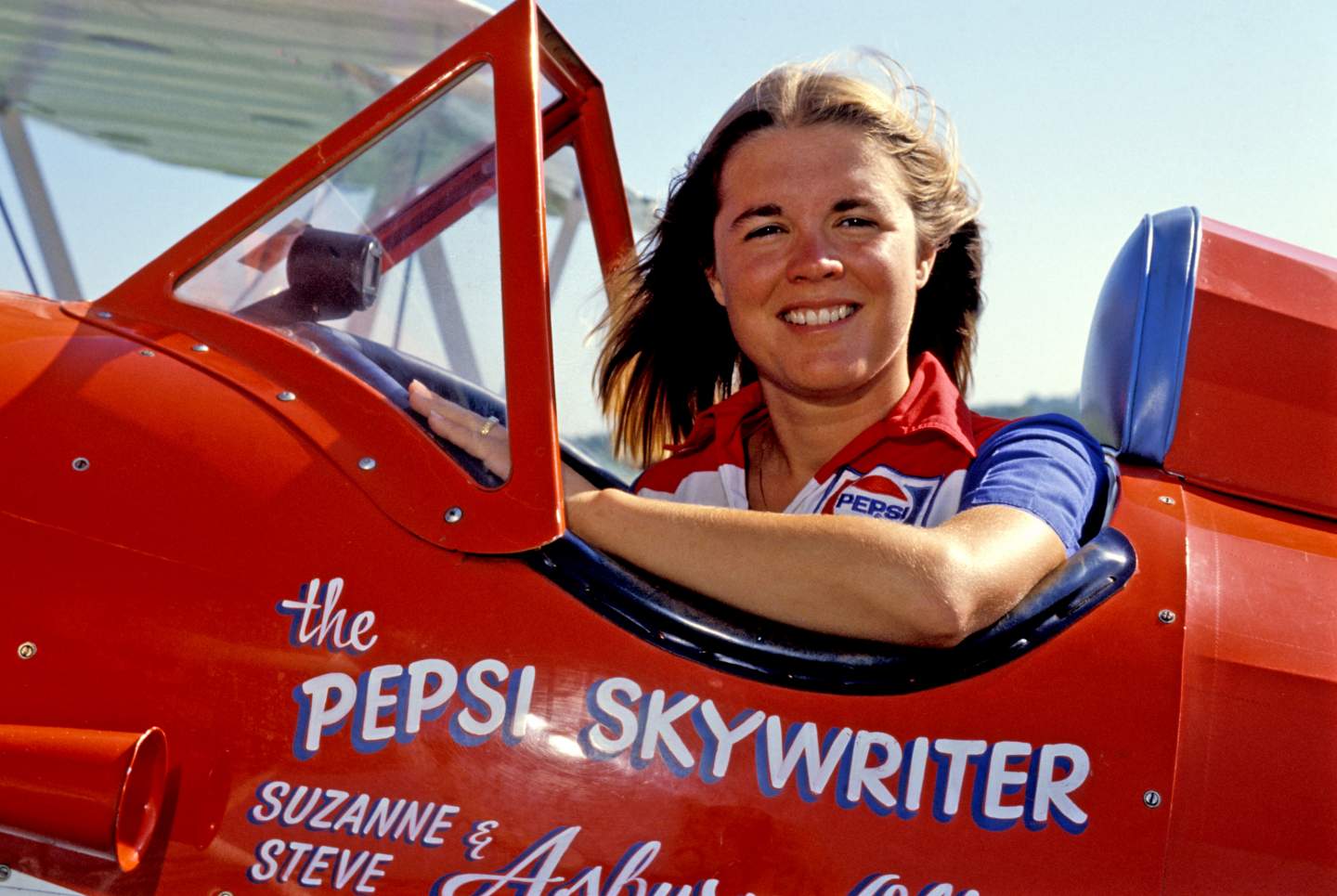 Suzanne Asbury-Oliver was very close with her father who had always wanted a career in aviation, but went to medical school instead. When he received a Father’s Day gift of a ride in a sailplane, he took Asbury-Oliver with him. Soon, Asbury-Oliver was taking lessons and flying gliders at 14; she first soloed when she was 15 years old.

By age 18, Asbury-Oliver had her powered-aircraft instrument rating, commercial certificate, flight instructor and instrument-flight instructor certificates, as well as a multiengine rating. She searched for a way she could do what she loved, fly, and make a living. At the start of the 1980s, the major airlines were in trouble and there was little opportunity for commercial airline pilot careers. She saw an advertisement put out by Pepsi-Cola for a skywriter, but thought it would be impossible to get the job. However, realizing there probably was no one more qualified, she inquired about the position and was promptly put in a plane with the current Pepsi skywriter, Jack Strayer. Asbury-Oliver was almost instantly successful and worked with Strayer for a year before he retired and she became head skywriter. Asbury-Oliver and her husband, Steven Oliver, became America’s only husband and wife professional skywriting and aerobatic team.

Though it is rarely used today, skywriting was a time-honored advertising tradition and for more than 20 years, Asbury-Oliver wrote Pepsi-Cola messages across the skies of the United States and Canada.

Asbury-Oliver’s favorite plane is the open-cockpit 1929 Travel Air biplane. She said, “I fell in love with the open cockpit flying. Most pilots stare out at the sky through two layers of dirty Plexiglas, but in the open cockpit plane, there is just the sky, the wind, the cold, the ground, and me.”