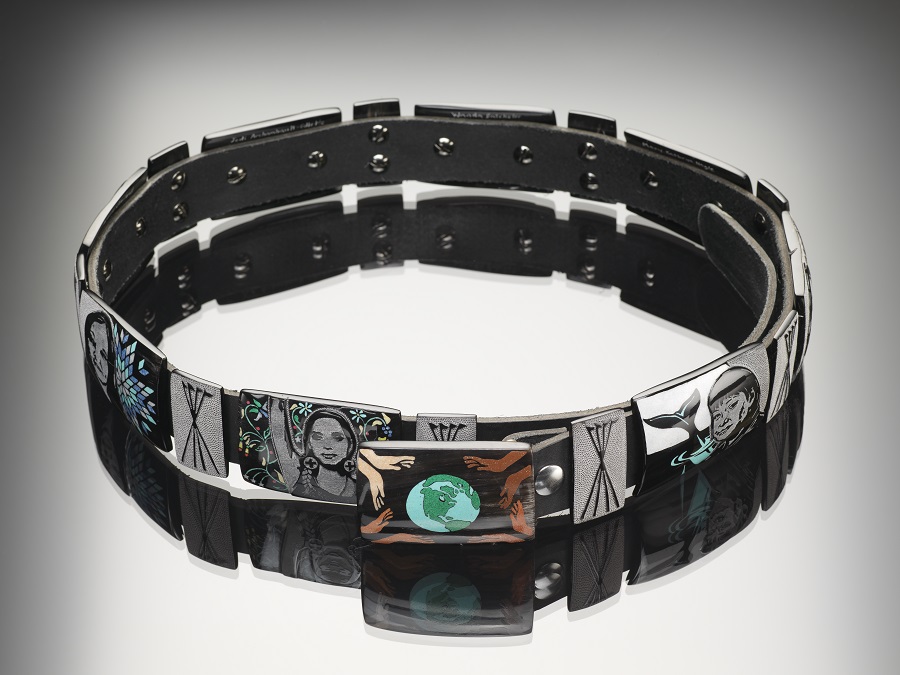 Kevin and Valerie Pourier’s belt, titled Winyan Wánakikśin, won the 2018 Best of Show award at the Southwestern Association for Indian Arts Indian Market. Winyan Wánakikśin means “Women Defenders of Others.” The belt encompasses the current political climate, the power of women, contemporary Native issues and a shift in the Native art world that combines beauty with advocacy.

Kevin Pourier (Oglala Lakota) spent hours researching, interviewing and collaborating with eight influential Native women to create the design. Each individual portrait panel took about two weeks to complete. Those represented on the belt include Native women who have distinguished themselves in the arts, advocacy, politics and many other areas; they are:

The belt is in the collection of the Smithsonian’s National Museum of the American Indian.