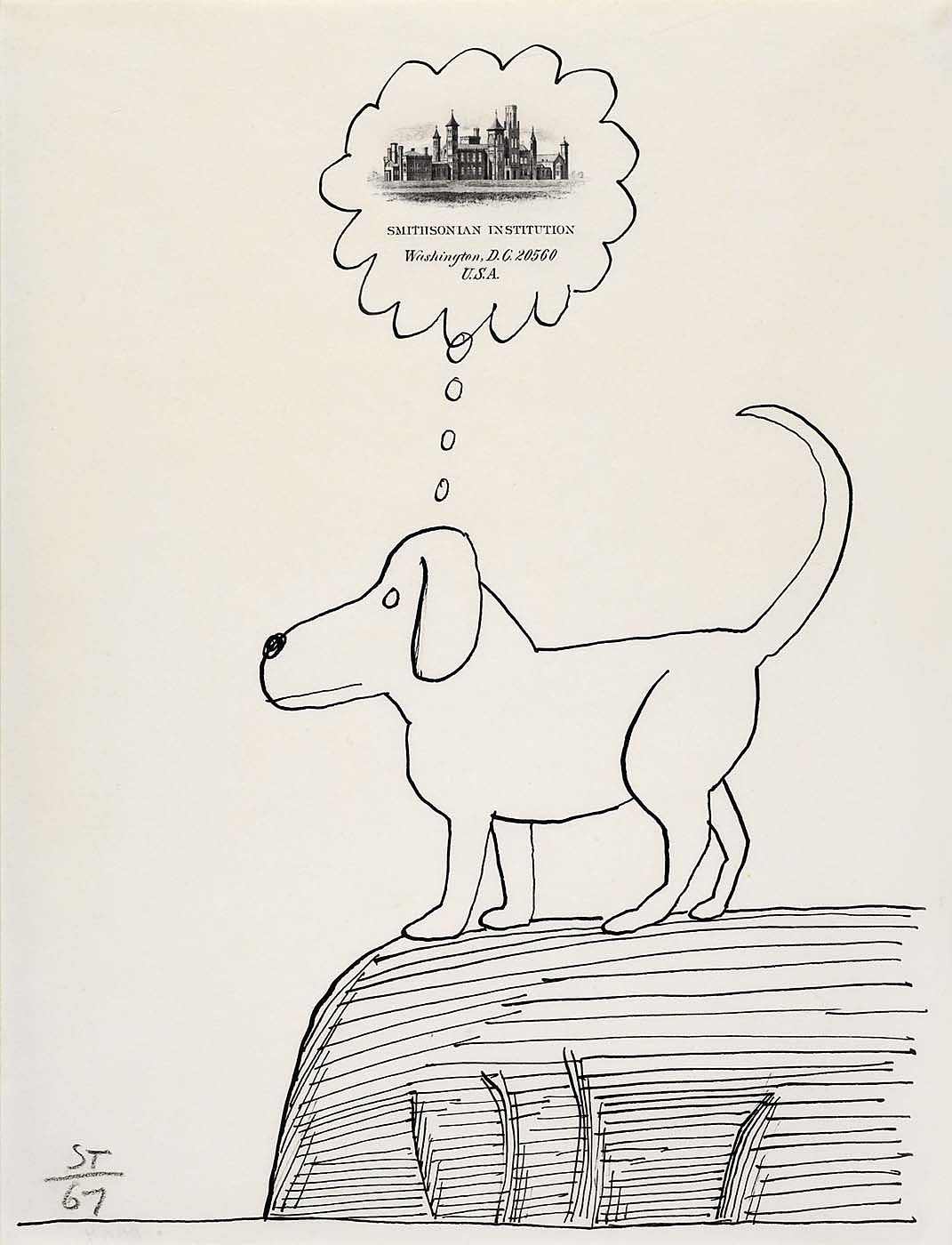 In August 2021, the Smithsonian celebrates its 175th birthday. Despite never having set foot in the country, English scientist James Smithson bequeathed his estate to the United States to found, under the name Smithsonian Institution, an establishment for the “increase and diffusion of knowledge.”

In celebration of that anniversary that falls during the “dog days of summer,” above is a cartoon by artist and cartoonist Saul Steinberg (1914–1999), primarily known for his work in The New Yorker and other periodicals.

In 1967, Steinberg started working as the first and only Smithsonian artist-in-residence, and during his four months at the Institution, he doodled on its stationery, which pictured the Smithsonian “Castle.” The Smithsonian American Art Museum has 30 of these drawings. See them and other works by Steinberg in the museum’s collection, and view more dogs in collections from around the Smithsonian.