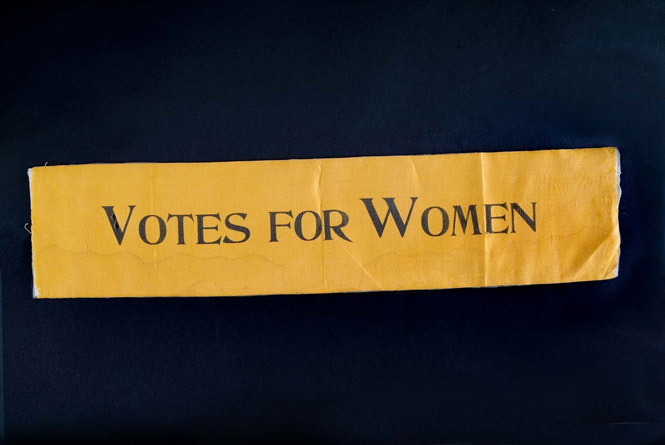 For the suffragist who wore this yellow sash in the early 1900s, the color of the silk was as meaningful as the “Votes for Women” slogan printed on it.

After Kansas suffragists adopted the state symbol of the sunflower for a campaign in 1867, yellow became the symbolic color of the national women’s suffrage movement. Supporters were urged to “show your colors” by wearing yellow ribbons, buttons and sashes.