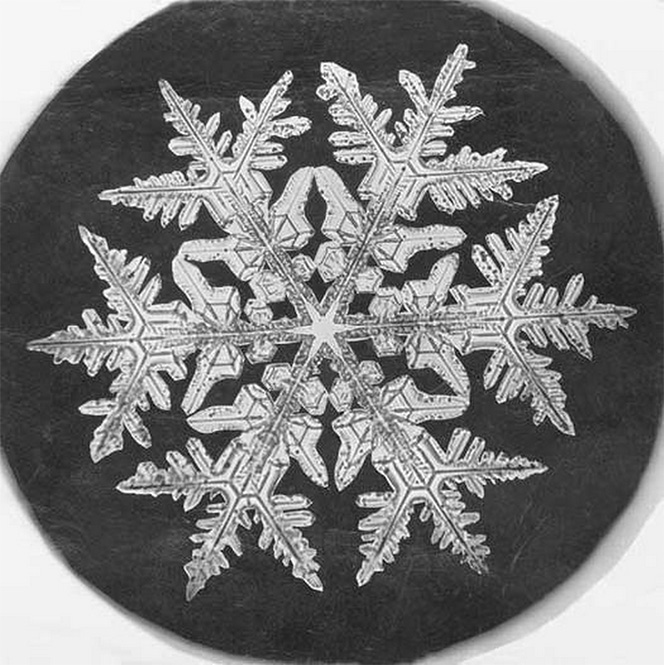 Wilson A. Bentley became fascinated with the crystalline structure of individual snowflakes on his parent’s Vermont farm. By adapting a microscope to a bellows camera, and after years of trial and error, he became the first person to photograph a single snowflake in 1885.

In 1903, he sent 500 prints of his snowflakes to the Smithsonian, hoping they might be of interest to Secretary Samuel P. Langley. These images are now part of the Smithsonian Institution Archives.

Bentley’s book Snow Crystals, with more than 2,400 snowflake images, was published in 1931. This photomicrograph and more than 5,000 others supported the belief that no two snowflakes are alike, leading scientists to study his work and publish it in numerous scientific articles and magazines.

This photo is one of 154 million artifacts, works of art and specimens in the Smithsonian’s collection. It is not on public display.

For more information and photos of snowflakes, go to the archives.