Shedding Light on the Sun 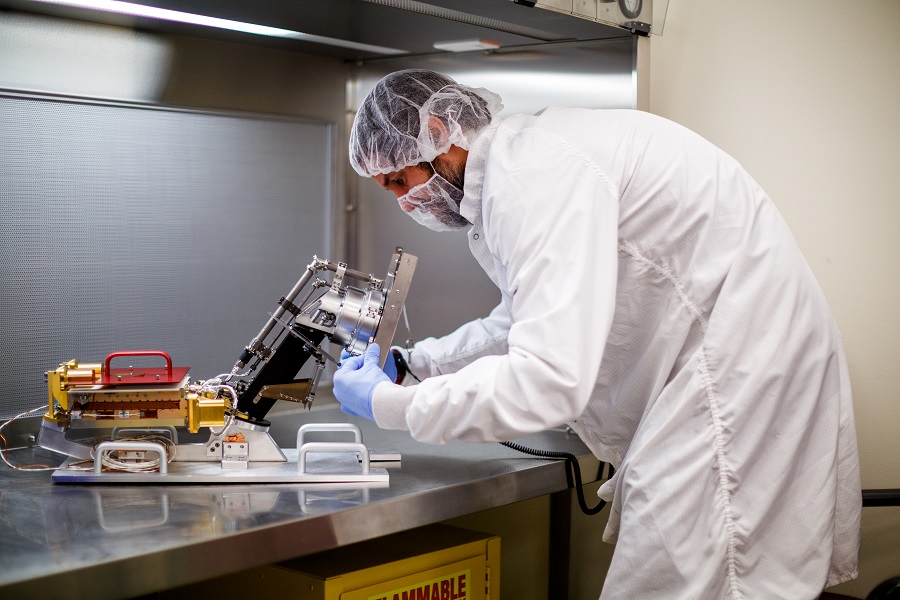 Astrophysicist Tony Case and other scientists at the Center for Astrophysics | Harvard & Smithsonian (CfA) helped NASA do what was once thought impossible: launch a spacecraft that "touched” the sun. In April 2021, the Parker Solar Probe spacecraft entered the corona of the sun—an extreme environment that is roughly 2 million degrees Fahrenheit.

The CfA built the spacecraft’s Solar Probe Cup, pictured above with Case, designing it to withstand extraordinary temperatures. The cup collects particles from the sun’s atmosphere, which helped scientists verify the probe had entered the sun’s corona. While making its measurements, the cup is directly exposed to the sunlight and is literally red-hot; parts of the instrument are more than 1,800 degrees Fahrenheit [1,000 degrees Celsius], glowing with a fiery intensity.

According to data collected by the cup, the spacecraft entered the corona three times April 28, at one point for up to five hours.

To avoid degradation, the device is constructed of materials that have high melting points, like tungsten, niobium, molybdenum and sapphire.

Outbursts from the sun, like solar flares and high-speed solar winds, can have a direct impact on Earth, disrupting power grids and radio communication. The Parker Solar Probe can help better understand all these phenomena as it continues to orbit the sun and take measurements and data for scientists to analyze.