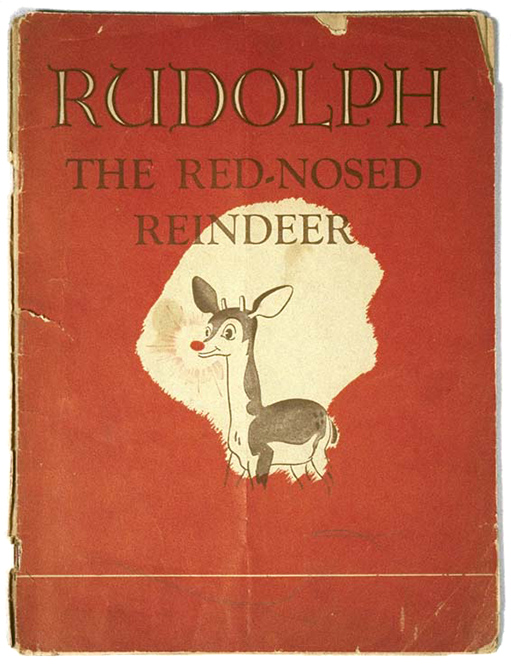 Rudolph the Red-Nosed Reindeer first appeared in 1939 when Montgomery Ward department store asked one of its copywriters, 34-year-old Robert L. May, to create a Christmas story the store could give away to shoppers as a promotional gimmick.

The retailer had been buying and giving away coloring books for Christmas every year; and it was decided that creating its own book would save money. In the first year of publication, 2.4 million copies of Rudolph’s story were distributed by Montgomery Ward.

May’s brother-in-law, songwriter Johnny Marks, decided to adapt the story of Rudolph into song. Marks’ musical version of “Rudolph the Red-Nosed Reindeer” was recorded by Gene Autry in 1949.

For more info see Holidays on Display on the National Museum of American History website.