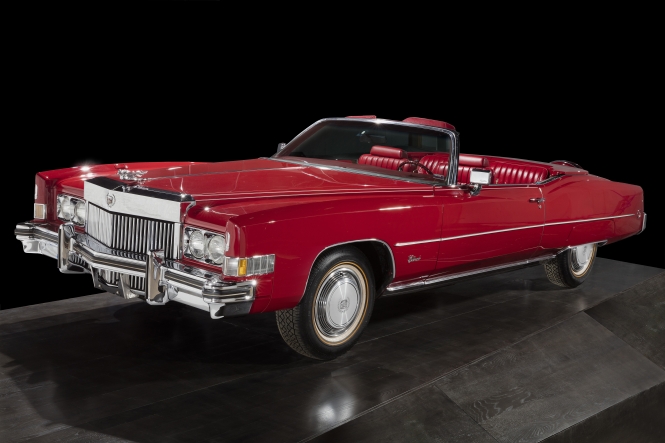 The car was part of Berry’s personal fleet of Cadillacs and was driven during the filming of Hail! Hail! Rock ’n’ Roll, a 1987 documentary directed by Taylor Hackford that chronicles two 1986 concerts celebrating Berry’s 60th birthday. In the film, Berry drove this Cadillac onto the stage of the Fox Theater in St. Louis—the same theater that turned him away as a child because of his race. Berry, known for his song lyrics that reference the iconic vehicle, would drive himself to and from each performance in his own Cadillac.