Meet the Smithsonian Secretary Who Studied the Sun 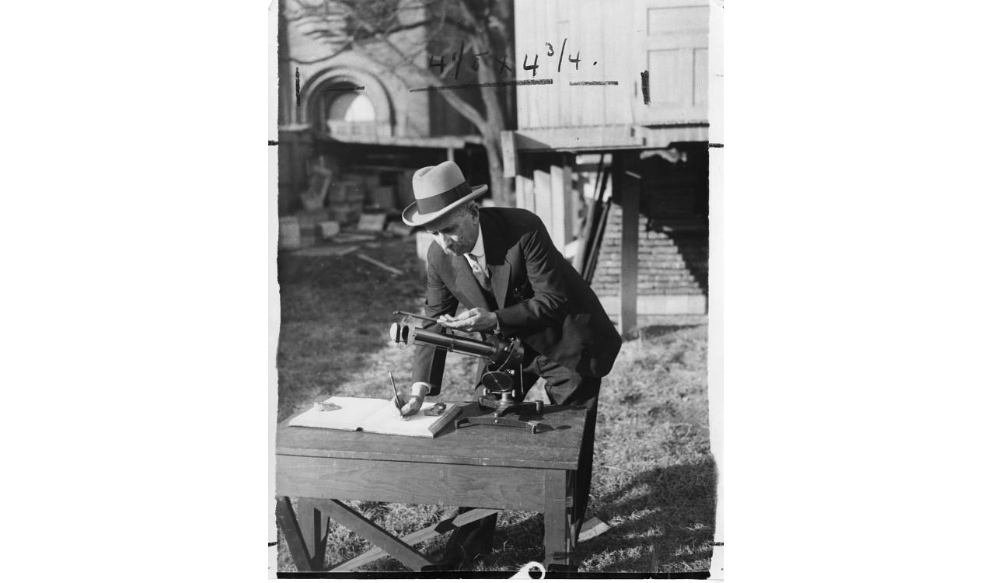 The Smithsonian’s fifth Secretary Charles G. Abbot (from 1928–1944) was particularly interested in solar changes. An astrophysicist by trade, Abbot studied solar radiation at the Smithsonian Astrophysical Observatory. He went on to become director of the observatory, focusing his research on charting cyclic patterns in solar variations and the measuring of the solar constant so that he could better predict long-term weather patterns.

Though some of his research on the solar constant and weather prediction has been questioned by scientists, he is remembered as a pioneer in the field of solar radiation, and the data he amassed over the years has been helpful in other lines of inquiry.

Pictured is Abbot in 1940 taking a reading from a pyrheliometer, an instrument he patented in 1941 to measure the sun’s radiant energy received on Earth.