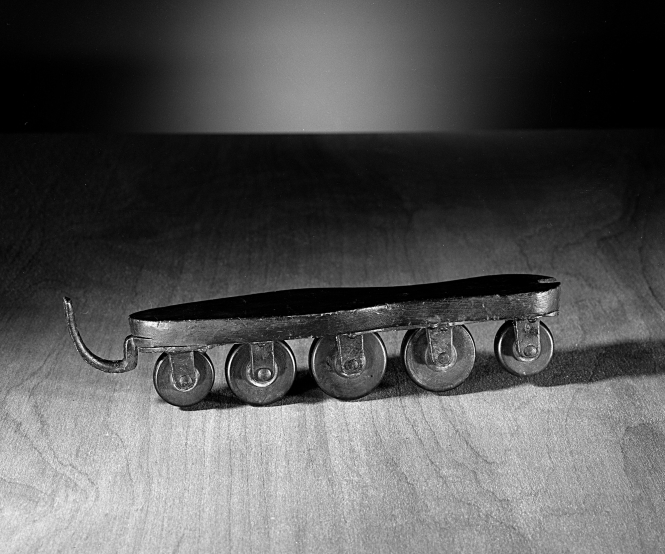 The 2014 Winter Olympics are underway and athletes from around the world are getting ready to take to the ice in speed skating, figure skating, ice dancing and hockey.

Today’s skaters have the advantage of being able to practice year-round in indoor rinks, but what did 19th-century athletes do to stay competitive? They used the Volito.

This inline skate (from 1823) had a wooden sole, a single row of five wooden wheels and a curved iron bar at the front that served as a rudimentary brake. What made the Volito superior to other models? It was the unequal size of its wheels—larger at the center and smaller at the ends. This simple modification allowed the skater to execute turns more easily.

The Volito is part of the National Museum of American History’s collection.