Her Moment in the Sun 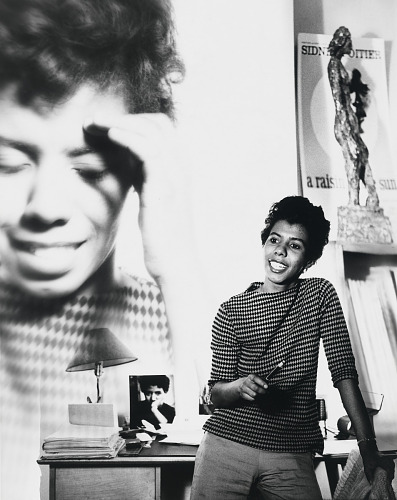 Lorraine Hansberry (1930–1965, b. Chicago) was the first Black female author to have a play performed on Broadway. In March 1959, her play A Raisin in the Sun opened on Broadway to glowing reviews, and the 29-year-old Hansberry became the first African American playwright to win the coveted New York Drama Critics’ Circle Award. The play, which centers on a Black family’s attempt to buy a house in a white Chicago neighborhood, drew on her family’s experiences of racism.

In 1963, Hansberry became active in the civil rights movement. That spring, she met with U.S. Attorney General Robert Kennedy, along with other cultural leaders including Harry Belafonte and James Baldwin, to see where Kennedy stood on civil rights.

Even though her life and career were tragically brief, her work still shines brightly today.

The photo above is in the collection of the Smithsonian’s National Portrait Gallery. Hansberry was featured in the museum’s exhibition “Her Story: A Century of Women Writers.”