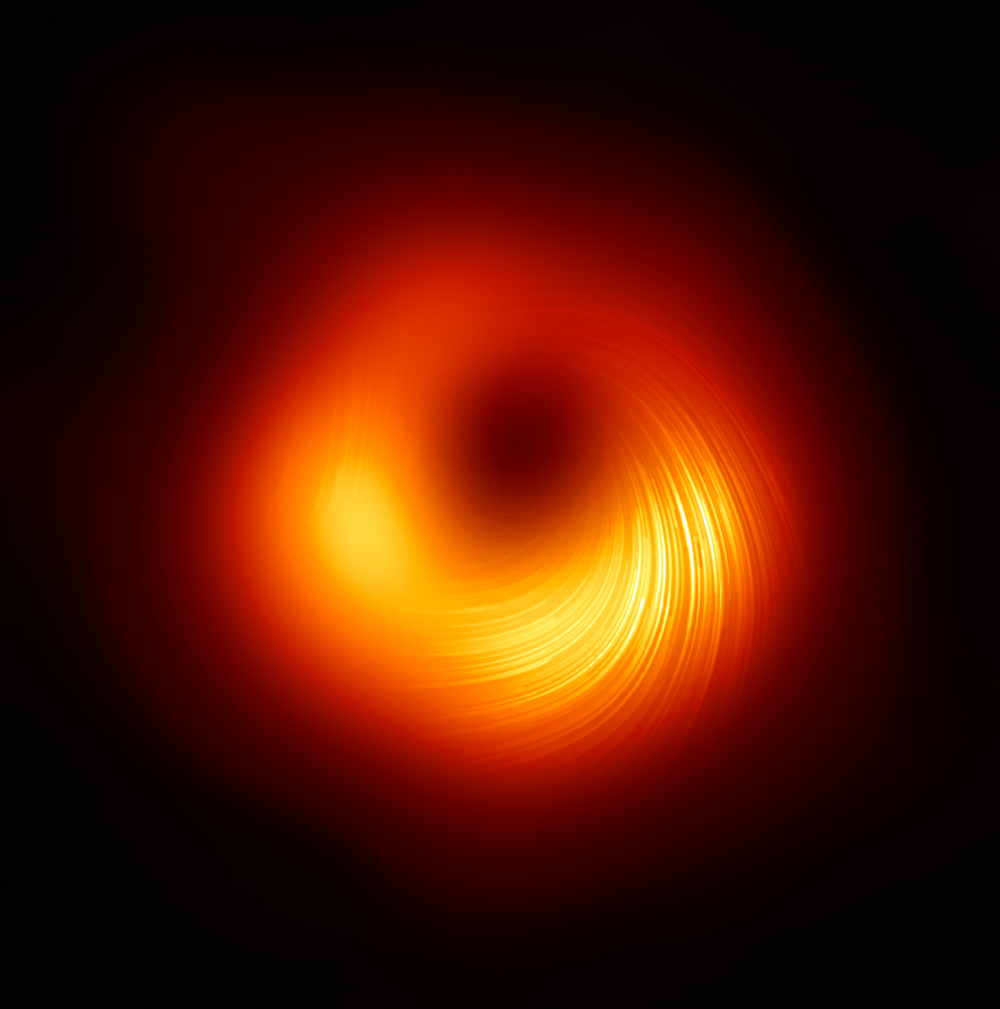 Scientists and engineers at the Center for Astrophysics | Harvard & Smithsonian have helped capture a new view of the supermassive black hole some 55 million light-years away at the center of galaxy M87. Working on the Event Horizon Telescope (EHT) collaboration with more than 300 researchers from across the globe, they captured a breathtaking image of the black hole bathed in polarized light.

This marks the first time astronomers have captured and mapped polarization, a sign of magnetic fields, so close to the edge of a black hole. Scientists still do not understand how magnetic fields—areas where magnetism affects how matter moves—influence black hole activity. Do they help direct matter into the hungry mouths of black holes? Can they explain the mysterious jets of energy that extend out of the galaxy’s core?

The EHT collaboration has been studying the supermassive object at the heart of M87 for well over a decade. In April 2019, the team’s hard work paid off when they revealed the very first image of a black hole.

To observe the heart of the M87 galaxy, the EHT collaboration linked eight telescopes around the world, including the Smithsonian Astrophysical Observatory’s Submillimeter Array, to create a virtual Earth-sized telescope. The impressive resolution obtained with the EHT is equivalent to that needed to image a credit card on the surface of the moon.

“Even now we are designing a next-generation EHT that will allow us to make the first black hole movies,” said Sheperd Doeleman, an astrophysicist at the Center for Astrophysics | Harvard & Smithsonian and founding director of the EHT. “Stay tuned for true black hole cinema.” 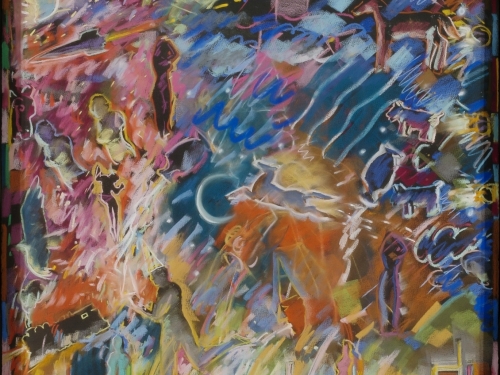 Carlos Almaraz is considered a pioneer of the Chicano art movement.
More Smithsonian Snapshots »
Back to Top