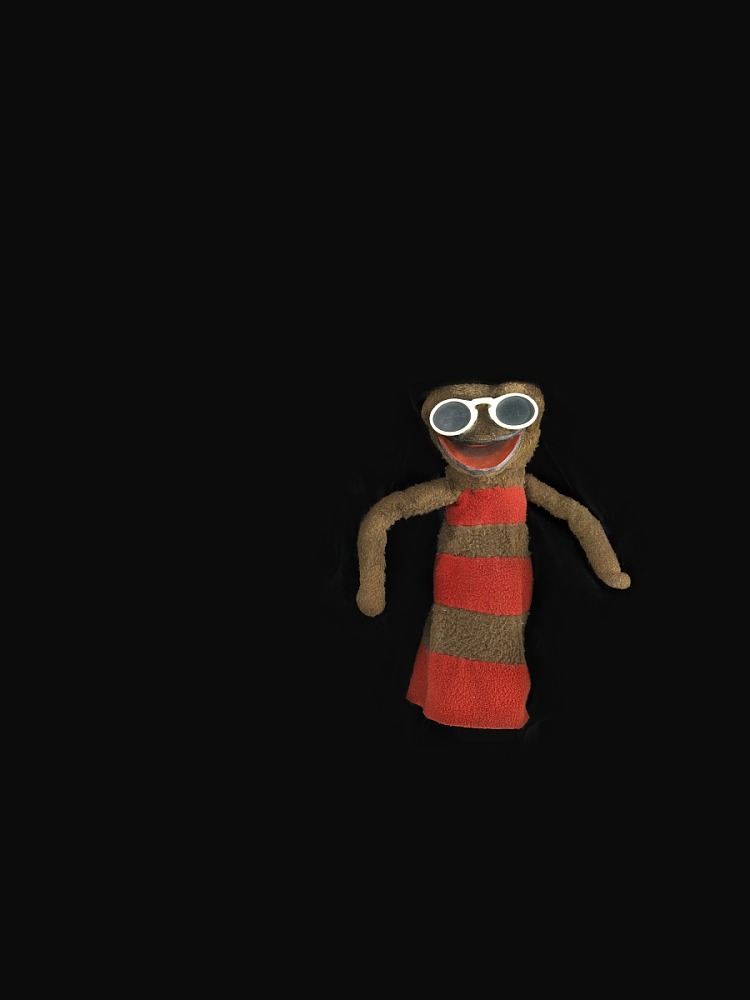 “Harry the Hipster.” Smithsonian’s National Museum of American History. Gift of the Family of Jim Henson.

This is the original Harry the Hipster hand puppet created by Jim Henson in the fall of 1954 for Sam and Friends.

Sam and Friends was a five-minute show that aired on the local NBC affiliate station in Washington, D.C., WRC-TV. It featured a cast of hand puppets created by Jim Henson and his eventual wife Jane Nebel that often lip-synched to popular songs or comedy records. It aired from 1955 to 1961.