“Get This Man a Shield!” 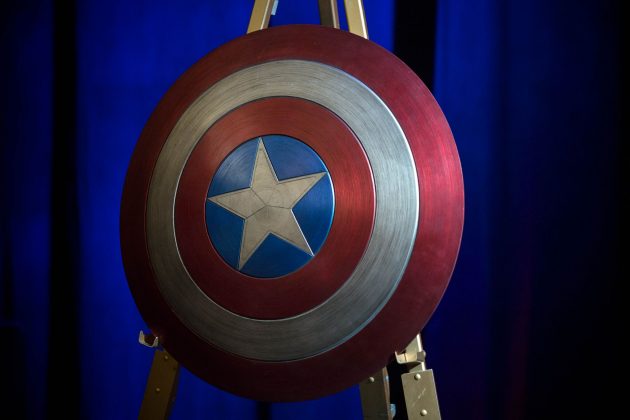 Marvel Comics’ Captain America rarely leaps into action without his virtually indestructible red, white and blue shield, whether in the pages of comic books or on the big screen.

Created by Joe Simon and Jack Kirby during World War II to symbolize American ideals and inspire patriotic fervor, Captain America was the alter ego of Steve Rogers. A sickly and weak but courageous man, Rogers volunteered to take “super soldier serum,” which allowed him to achieve peak human speed, strength, agility and reflexes as well as cognition, perception, and balance. Equipped with a shield composed primarily of vibranium from the African nation Wakanda, “Cap” fought the forces of evil until being frozen in a state of suspended animation, only to be awakened in the present day to fight alongside the Avengers.

The shield pictured above was made in 2013 and used by actor Chris Evans from 2013 to 2015 in the Captain America films. It is now in the collections of the Smithsonian’s National Museum of American History. It is not currently on display.