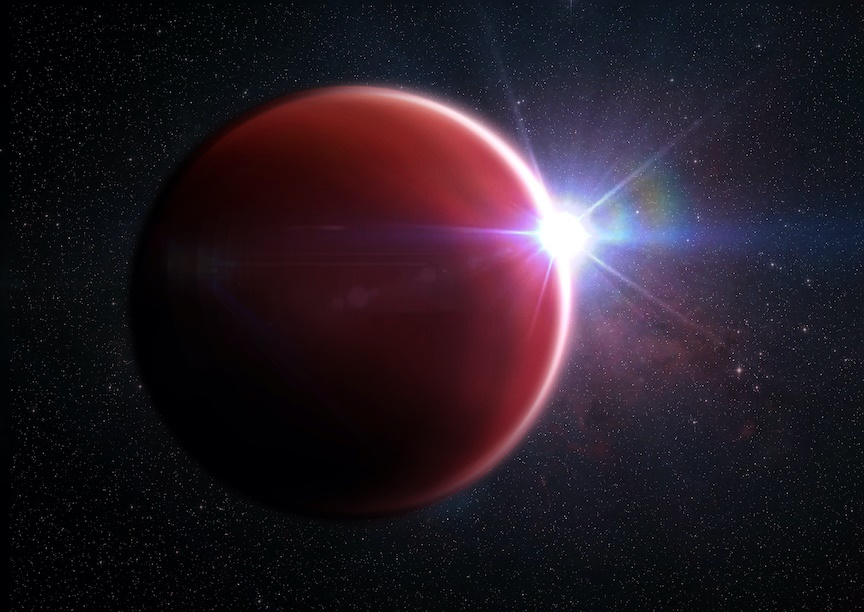 Artist illustration of exoplanet WASP-62b. The illustration is drawn from the perspective of an observer nearby to the planet. Credit: M. Weiss/Center for Astrophysics | Harvard & Smithsonian

Astronomers at the Center for Astrophysics | Harvard & Smithsonian have detected the first Jupiter-like planet without clouds or haze in its observable atmosphere. Named WASP-62b, the gas giant was first detected in 2012 through the Wide Angle Search for Planets South survey.

Known as a “hot Jupiter,” WASP-62b is 575 light-years away and about half the mass of our solar system’s Jupiter. However, unlike Jupiter, which takes nearly 12 years to orbit the sun, WASP-62b completes a rotation around its star in just four-and-a-half days. This proximity to the star makes it extremely hot, hence the name “hot Jupiter.”

Cloud-free planets are exceedingly rare; astronomers estimate that less than 7% of exoplanets have clear atmospheres—the first and only other known exoplanet with a clear atmosphere was discovered in 2018. Named WASP-96b, it is classified as a “hot Saturn.”