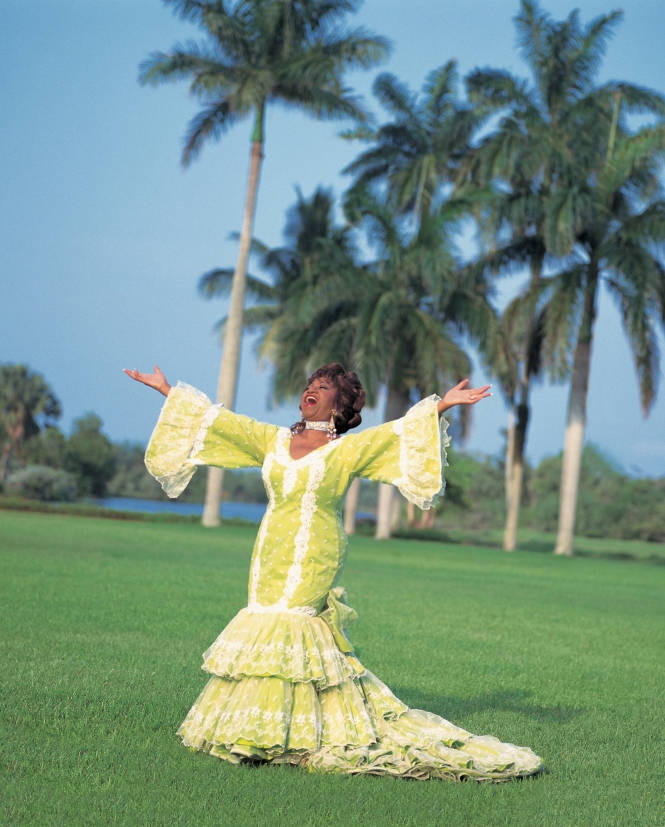 Her voice was as legendary as her stage persona. Cuban singer Celia Cruz (1925–2003)—internationally known as the “Queen of Salsa”—was one of the most popular and awarded Latin artists of the 20th century.  Her career included 23 gold albums and a National Medal of the Arts, awarded by President Bill Clinton in 1994.

Cruz broke through the male-dominated genre of salsa music and became one of its most influential artists. Her catch phrase, ¡Azúcar!, is recognized worldwide. She was known for her colorful stage costumes and just-as-vibrant personality. After her death July 16, 2003, more than 200,000 fans paid their final respects at a vigil in Miami.

This portrait by Alexis Rodríguez-Duarte, in collaboration with Tico Torres, was part of a significant acquisition of portraits of prominent Latino figures and artists to the Smithsonian’s National Portrait Gallery’s permanent collection.