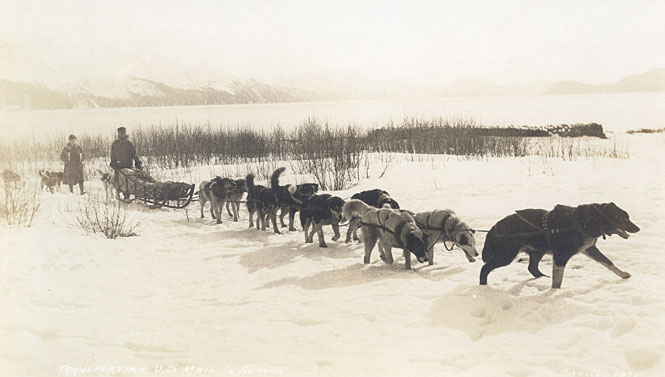 Dog sleds transported mail in some areas of the northern U.S. and the Alaskan Territory during winter months. Contract carriers used these sleds across Alaska from the late 19th century into the early 1920s. Isolated for much of the year, remote populations sometimes relied on dog sleds for contact with the outside world. Weight was a critical factor for the dogs—mail traveling on sleds was usually restricted to first-class pieces unless room was available for newspapers, magazines and packages. These items were otherwise left behind until spring, when they might be transported by steamboat or wagon.

This image shows an unidentified mail contractor posing with a sled-and-dog team for a sepia photograph postcard.