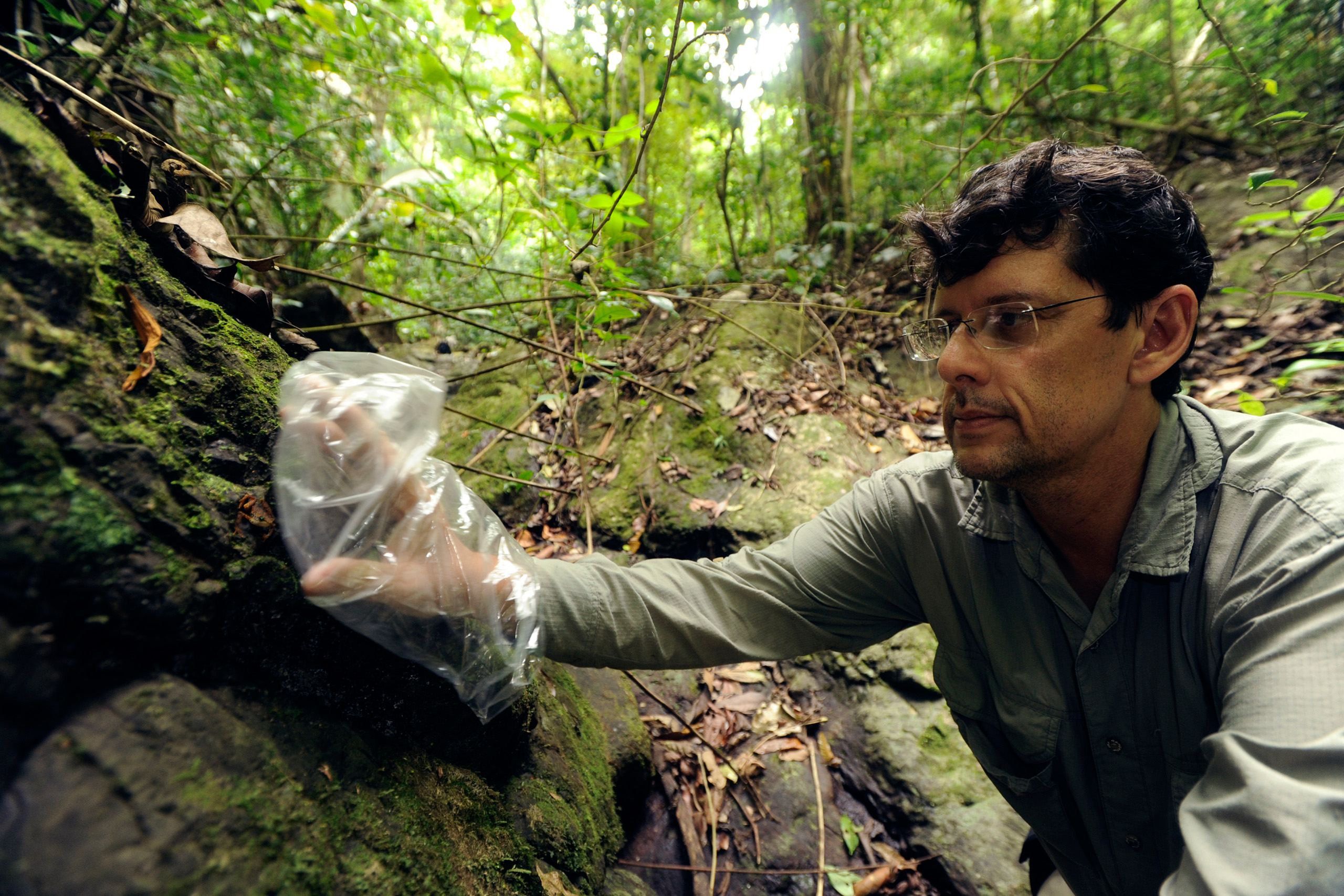 Black plague killed between 30 to 50 percent of people worldwide. The cause, Yersinia pestis, is still around, but people are not dying of the plague. An even more devastating modern disease caused by the chytrid fungus wiped entire frog and salamander populations off the map. New results from work at the Smithsonian Tropical Research Institute (STRI) in Panama published in the March 29 edition of Science, reveal the outcomes of the chytridiomycosis epidemic and their implications for diseases of mass destruction.

“Imagine a deadly disease that affects not only humans but other mammal species like dogs, cats and cattle,” said Roberto Ibáñez, STRI staff scientist and in-country director of the Panama Amphibian Rescue and Conservation Project. “Chytridiomycosis kills off most of the individuals in many different species of amphibians, but for some species it stops short of driving them to complete extinction.”

“We were lucky that Karen Lips, now at the University of Maryland in College Park, and colleagues saw this epidemic coming into Panama from Costa Rica, and researchers were able to study both the frogs and the disease before, during and after the peak of the epidemic,” Ibáñez said.

Disease outbreaks rarely annihilate the host species, because pathogens need their hosts in order to survive and reproduce.

“Because we have pathogen and host samples from before, during and after the epidemic, we can ask whether some frogs survived because the pathogen grew weaker through time, or because the frogs’ immune systems or resistance increased through time,” said Jamie Voyles, disease ecologist at the University of Nevada, Reno, and first author of the paper.

The authors tracked changes in amphibian species numbers and communities, infection patterns, host resistance and pathogen virulence for several decades hoping to see evidence of a weaker pathogen and/or of host resistance. The disease-causing fungus, Batrachochytrium dendrobatidis, appeared in El Cope, Panama, in 2004, in El Valle in 2006 and in Campana National Park in 2007. Between five and 13 years after the epidemic, the authors saw evidence of some recovery in nine species, but the fungus was still present. However, not all frog species rebounded, some species are still missing.

There was no evidence that the pathogen grew more slowly, responded differently to skin secretions from the frogs or became less virulent.

“The Panama Amphibian Rescue and Conservation Project collected healthy frogs before the outbreak,” Ibáñez said. “We learned to breed them in captivity and are now releasing Atelopus varius in areas where the epidemic has passed, so it is extremely important for us to realize that the defenses of these frogs may be weaker than the defenses of frogs that survived the epidemic in the wild. Captive breeding programs must consider breeding and releasing frogs with stronger defenses, and testing their skin secretions against the fungus is one useful tool to see which frogs are more resistant.”