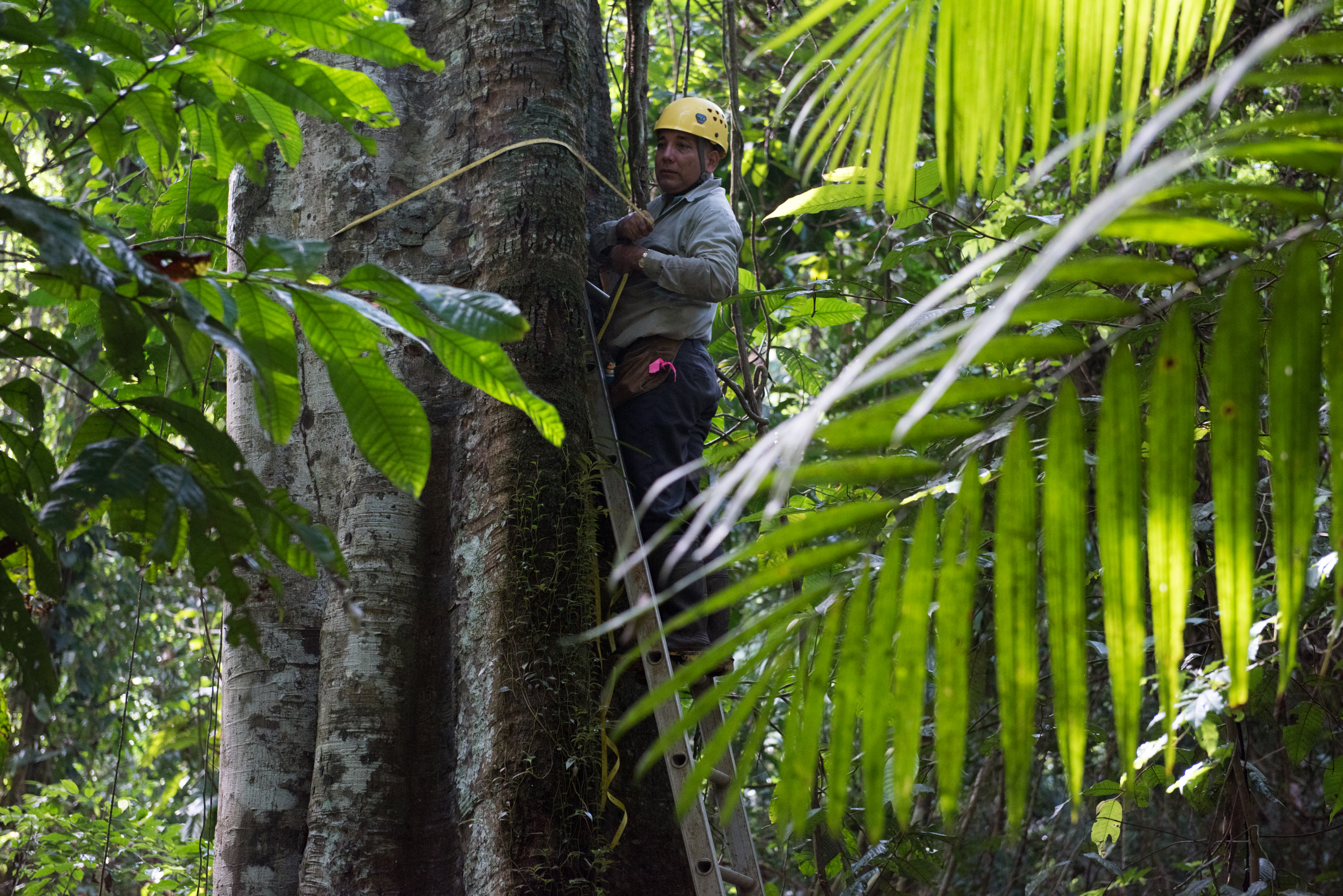 How more than 1,000 tree species may occur in a small area of forest in Amazonia or Borneo is an unsolved mystery. Their ability to coexist may depend on how trees get along with their neighbors. A new study based, in part, on data from the Smithsonian’s Forest Global Earth Observatory (ForestGEO) network shows that trees worldwide compete in some of the same ways, making simpler models of forest response to climate change possible.

Their findings strongly support a long-standing ecological idea about how forest succession influences tree diversity. In young forests, trees are more spread out, giving fast-growing species an advantage when there is little competition from surrounding trees. But as a forest matures and neighbors become more abundant, slower-growing trees win out because they are better competitors for resources like minerals, water and light.

One of the most prominent ideas about how forest diversity is maintained is that trees can avoid competition by being different from their neighbors in the way they use resources and their life-history strategy. If this were the case, any trait could be advantageous as long as it was different from those of neighboring trees. Instead, this study shows that certain traits are more advantageous at different stages of forest succession whether or not they differ from those of neighbors.

This first global test of trait-based tree competition will help scientists predict which species thrive in a given forest. Next steps will be to include more aspects of tree success, like species’ abilities to survive and reproduce, to obtain a more complete picture of tree coexistence.

The Smithsonian Tropical Research Institute, headquartered in Panama City, Panama, is part of the Smithsonian Institution. The Institute furthers the understanding of tropical nature and its importance to human welfare, trains students to conduct research in the tropics and promotes conservation by increasing public awareness of the beauty and importance of tropical ecosystems. Website: http://stri.si.edu. Promo video: https://www.youtube.com/watch?v=M9JDSIwBegk.

The Forest Global Earth Observatory (ForestGEO) is a global network of forest research plots and scientists coordinated by STRI’s Center for Tropical Forest Science and dedicated to the study of forest function and diversity worldwide. The multi-institutional network comprises more than 60 forest research plots across the Americas, Africa, Asia and Europe, with a strong focus on tropical regions. ForestGEO monitors the growth and survival of approximately 6 million trees and 10,000 species.  http://www.forestgeo.si.edu/