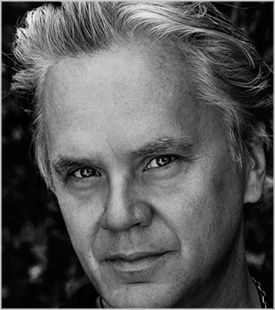 Smithsonian Associates and the Creativity Foundation have named Academy Award-winner Tim Robbins the recipient of the 16th annual Benjamin Franklin Creativity Laureate Award in honor of his commitment to the arts and education, as well as for the originality of his ideas. Robbins will discuss his innovative work as an actor, director, producer, writer and activist—helping incarcerated men and women envision new roles in their lives through theater—Friday, April 7, at 7 p.m. at the Smithsonian’s S. Dillon Ripley Center.

Tickets are $25 for general admission and $20 for Associate members. For tickets the public may call (202) 633-3030 or visit www.smithsonianassociates.org.

On and off the screen, Robbins has played many roles. He has created memorable film characters from Nuke Laloosh in Bull Durham to Andy Dufresne in The Shawshank Redemption. He is also the founding artistic director of the 35-year-old Los Angeles theater company the Actors’ Gang and creative director of its Prison Project, which works with inmates, including juveniles, in California state prisons. The classes and workshops bring together inmates from different races—and different gangs—in a setting where emotions are otherwise discouraged.