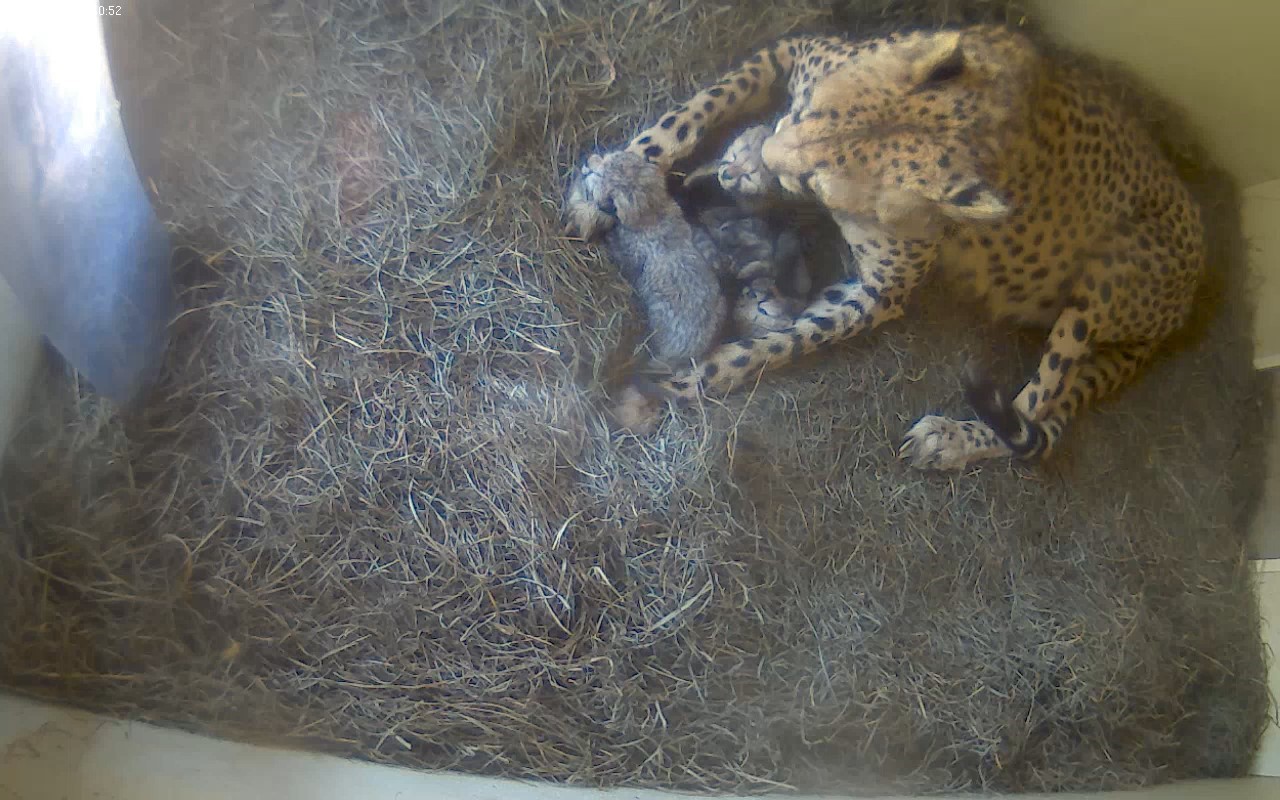 The Smithsonian Conservation Biology Institute (SCBI) welcomed three chirping cheetah cubs Friday, Oct. 16. The cubs are genetically very important for the population of cheetahs in human care. Their mother, Sanurra, is the third-most genetically valuable female in the United States. She came to SCBI in 2011 from a private breeding facility in South Africa.

Scientists and keepers have observed the cubs nursing and playing via a closed-circuit camera in their nest box. The cubs’ eyes and ears have opened and all appear to be healthy. Sanurra, a first-time mother, has been very attentive to her cubs and also appears to be doing well. Keepers and veterinarians will not know the sex of the cubs until they have an opportunity to do an exam. The area around Sanurra’s birthing den is being kept quiet so she can bond with her cubs.

With the birth of the cubs, SCBI is home to 21 cheetahs. SCBI is a member of the Conservation Centers for Species Survival (C2S2), which comprises five centers throughout the United States managing more than 25,000 acres of land for the express purposes of protecting endangered species, including cheetahs. From 2003 to 2013 more than 90 percent of cheetah litters born in the U.S. were born at facilities where they were not on display to the public. In September, SCBI scientists published research in PLOS One showing that male cheetahs who were not on public display and had three or fewer keepers produced better quality sperm.