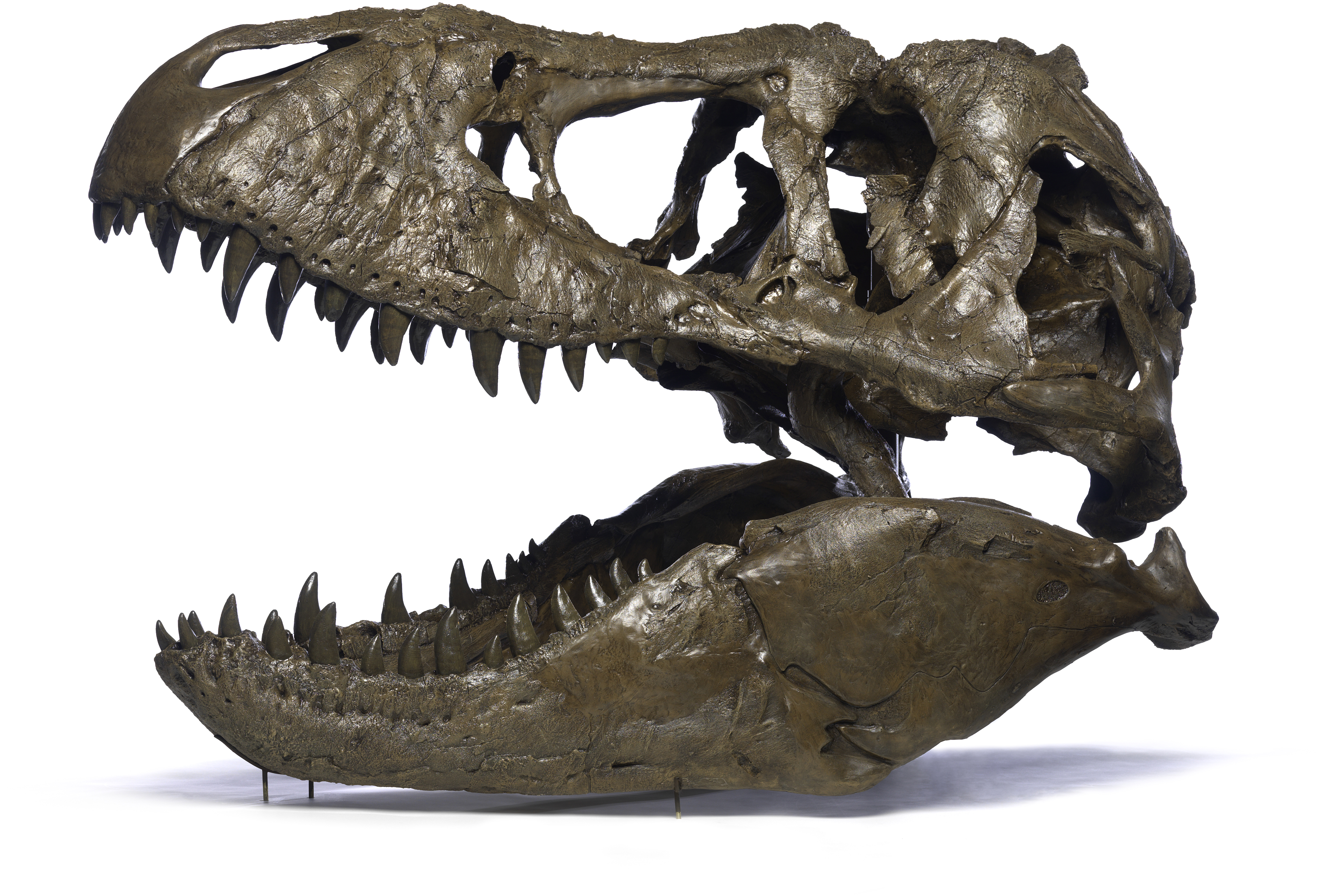 The National Museum of Natural History announced today that the Tyrannosaurus rex skeleton it obtained from Montana will arrive in Washington April 15. The T. rex skeleton will be the centerpiece of the museum’s new 31,000-square-foot national fossil hall, which will open in 2019. The current hall will close to the public April 28 in order to begin the complete redesign and renovation of the exhibition space.

During construction of the new permanent fossil hall, the museum will continue to present dinosaurs and fossils to the public with a variety of exhibits. In anticipation of the T. rex’s arrival, the museum unveiled “Tyrannosaurus rex: Say Hello to the Nation’s T. rex!” Jan. 16, a display featuring a cast of the incoming dinosaur’s skull that will be on view in the Constitution Avenue lobby. The museum also plans to open another exhibition in 2015, “The Last American Dinosaurs: Discovering a Lost World.” It will feature fossils from the last days of the dinosaurs and remain on public view during construction of the hall.

“I am sure our visitors will be pleased that dinosaurs will continue to be on view at the Smithsonian while the new national fossil hall is being built,” said Kirk Johnson, Sant Director of the National Museum of Natural History. “The entire Natural History Museum will be alive with excitement as we begin a journey to tell the story of prehistoric Earth by welcoming one of its most famous ambassadors, the Tyrannosaurus rex.”

In June 2013, the museum reached a 50-year loan agreement with the U.S. Army Corps of Engineers to transfer the new T. rex skeleton, formerly on loan to the Museum of the Rockies in Bozeman, Mont., to the Smithsonian. The rare fossil was found in 1988 by Kathy Wankel, a rancher from Angela, Mont., on federal land near the Fort Peck Reservoir in eastern Montana. The T. rex was excavated in 1989-90 by a team led by paleontologist Jack Horner. The skeleton is one of the most complete T. rex specimens ever discovered, with 80–85 percent of the skeleton recovered. The T. rex was originally scheduled to arrive in October 2013 for the National Park Service’s National Fossil Day on the National Mall. These plans were canceled during the U.S. federal government shutdown.

The new fossil hall is made possible in part through the largest single gift in the history of the museum—a $35 million donation from philanthropist David H. Koch. It represents the most complex and extensive renovation in the museum’s history and offers an opportunity to showcase the museum’s unrivaled collection of 46 million fossils through the most up-to-date scientific research on the nature of life on earth in the past, present and future.