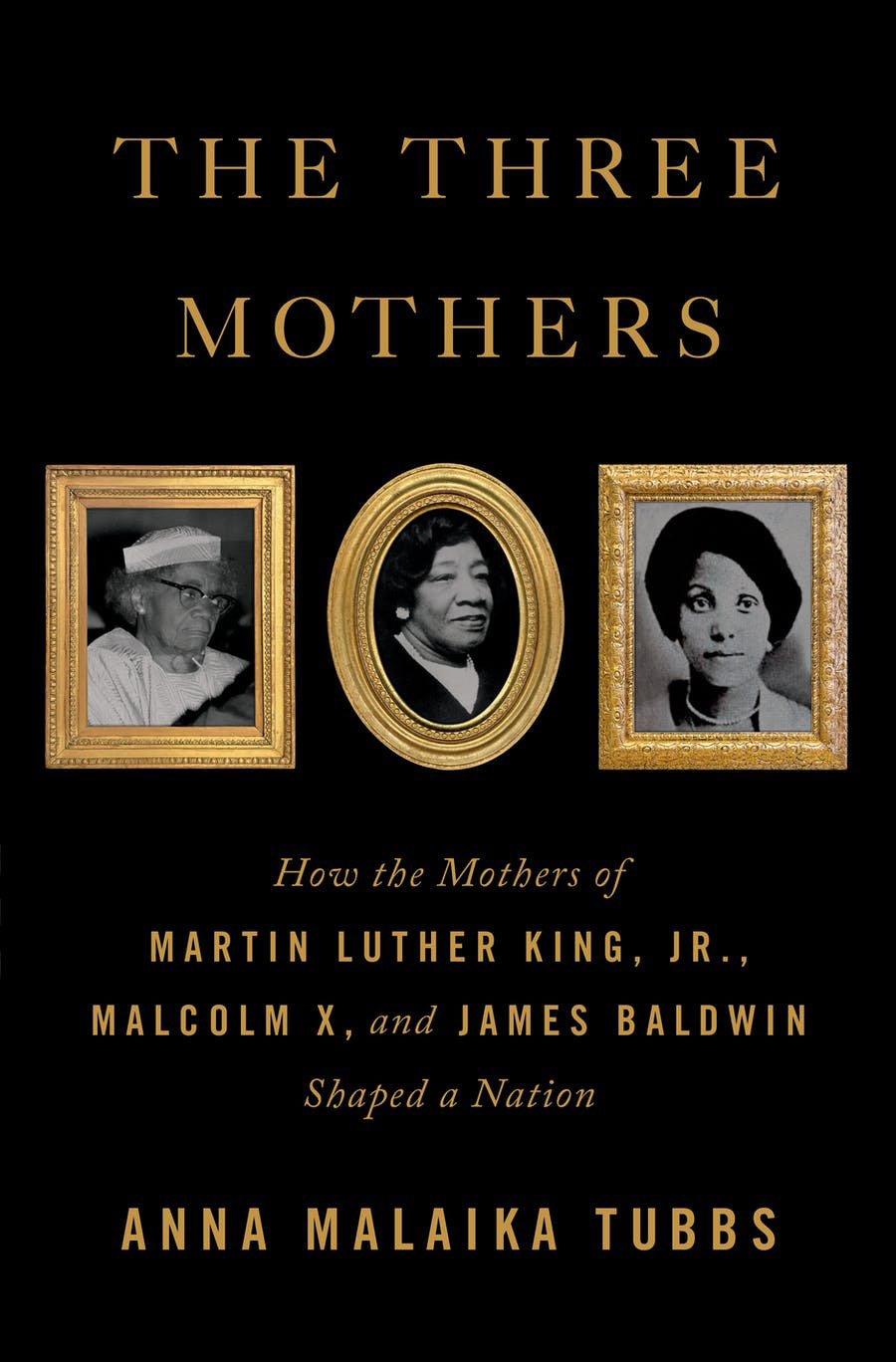 The Smithsonian’s National Museum of African American History and Culture (NMAAHC) will welcome the public back this spring for its in-person programming beginning May 3. The museum will host several programs examining Black motherhood and matriarchy.

The first of these programs will feature a conversation with author Anna Malaika Tubbs and Christy Turlington Burns, founder of Every Mother Counts, and a panel discussing maternal health. The next program offers a personal perspective on motherhood in a conversation with Adiba Nelson, author of Ain’t that a Mother: Postpartum, Palsy and Everything in Between, which chronicles her experiences as a new mother while negotiating the future of her special needs child. The final program exploring motherhood features a book discussion with Sybrina Fulton, mother of Trayvon Martin and founder of the Trayvon Martin Foundation, reflecting on the impact of the fatal shooting of her son Trayvon Martin 10 years later.

Programming will also feature a moderated conversation with Grammy Award-winning musician, performer, writer and artist Laurie Anderson and Mohammed el Gharani, who was detained at Guantánamo Bay from 2002 to 2009, to discuss el Gharani’s experience with unjust incarceration. Later in the month, NMAAHC will discuss the life and legacy of Congresswoman Shirley Chisolm (1924–2005) in honor of the 50th anniversary of her presidential run as the first African American to seek a major party’s nomination for President.

(In Person) “I Have Something to Say”: Advocating for Human Rights through Artmaking
Tuesday, May 3; 6:45 p.m. to 7:45 p.m. ET
Artist Laurie Anderson and Mohammed el Gharani, who was detained at Guantánamo Bay from 2002 to 2009, will speak about human rights and incarceration during a conversation moderated by activist and film producer Kweku Mandela. The pair collaborated on the monumental video installation “Habeas Corpus” (2015), in which el Gharani, projected on a 14-foot sculpture modeled after the Lincoln Memorial, shares his recollections of Guantánamo and his reflections on unlawful imprisonment. “Habeas Corpus” is currently on view in “Laurie Anderson: The Weather” at the Smithsonian’s Hirshhorn Museum and Sculpture Garden. This program is co-presented by the Smithsonian’s Anacostia Community Museum, Hirshhorn Museum and Sculpture Garden, NMAAHC and National Museum of African Art. This event is free, and an in-person program will be recorded for online broadcast. Registration is required.

Virtual Art Workshop
Friday, May 6; 6 p.m. to 7:15 p.m. ET
Angela Tate, NMAAHC curator of African American women’s history, will co-lead this session with Alicia Mazzara to explore Avis Collins Robinson’s quilt, “Sharecropper’s Masterpiece.” Participants will use what they learn as inspiration to create their own design, and they will learn how to make their own polymer clay trinket dish. The cost is $20 and covers the price of all materials necessary for the activity, instruction and postage. Participants will need to provide parchment paper, a cookie sheet and a home oven to finish their trinket dish. Registration is required by April 28.

(In Person) Cycle of Black Motherhood: History, Health, Policy, and Justice
Tuesday, May 10; 6:30 p.m. ET
In this two-part program, the museum will explore Black motherhood in a conversation with Anna Malaika Tubbs, author of The Three Mothers: How the Mothers of Martin Luther King, Jr., Malcolm X, and James Baldwin Shaped a Nation, and Christy Turlington Burns, founder of Every Mother Counts. There will also be a panel discussing maternal health moderated by Angela Tate, curator for the Smithsonian American Women’s History Initiative. A brief reception will follow the program. This program is free. Registration is required.

(In Person) Historically Speaking: Ain’t That a Mother: Postpartum, Palsy and Everything in Between by Adiba Nelson
Thursday, May 12; 7 p.m. ET
In a discussion with Deesha Philyaw, PEN/Faulkner award-winning author and columnist, Adiba Nelson chronicles her experiences as a new mother while negotiating the future of her special needs child. Azure Antoinette, a poet who is widely regarded as “the Maya Angelou of the millennial generation,” will open the program. Books will be available for sale and signing courtesy of Smithsonian Enterprises. This program is free. Registration is required.

(In Person) Black Birders Week Teacher Workshop
Saturday, May 21; 9 a.m. to 2 p.m. ET (tentative)
Educators can join NMAAHC for a half-day teacher workshop where they will learn about Black birders week and how they and their students can participate in this annual celebration. Participants will engage in a bird walk led by experienced Black birders, explore bird collections from the Smithsonian’s National Museum of Natural History and develop an understanding of and appreciation for birds and the people who love to watch them. This workshop is encouraged for third–12th-grade teachers. It is limited to 15 participants, so it is requested that those interested only apply if they are able to attend the workshop in person. Participants will be eligible to receive five professional-development training hours. Registration is required.

(In Person) Historically Speaking: Trayvon—10 Years Later
Tuesday, May 24; 7 p.m. ET
Sybrina Fulton, mother of Trayvon Martin and founder of the Trayvon Martin Foundation, joins the museum for a moderated discussion on the seismic changes in her life after the loss of her son. Her inspiring insights will be based on her recently recorded and moving essay “Trayvon: Ten Years Later,” an Audible production. This program is free. Registration is required.

(In Person) Historically Speaking: Black Joy—A Conversation with Tracey Lewis-Giggetts
Wednesday, May 25; 7 p.m. ET
In this conversation, podcast host Tracey Lewis-Giggetts discusses Black joy. After an essay on the same topic was published in The Washington Post and received an overwhelmingly positive response, Lewis-Giggetts published a collection of intimate, uplifting and powerful essays that reveal to readers how the quality of joy is ever-present and rooted in self-compassion. This program is free. Registration is required.

(Virtual) Women Do Dare: Celebrating the Legacy of Shirley Chisholm
Tuesday, May 31; 5:30 p.m. to 6:30 p.m. ET
In 1972, Congresswoman Shirley Chisholm became the first African American to seek a major party’s nomination for President. The campaign was the culmination of her brilliance and determination to create pathways in politics for underrepresented groups. Fifty years later, the nation continues to see her influence on civics, activism and even fashion. Museum staff will use Smithsonian collections to celebrate and discuss the 50th anniversary of her presidential run. The zoom link will be emailed to registered participants via Eventbrite 12–24 hours in advance of the program. Each participant must register separately. This program is free. Registration is required.

Since opening Sept. 24, 2016, the National Museum of African American History and Culture has welcomed more than 7.5 million in-person visitors and millions more through its digital presence. Occupying a prominent location next to the Washington Monument on the National Mall in Washington, D.C., the nearly 400,000-square-foot museum is the nation’s largest and most comprehensive cultural destination devoted exclusively to exploring, documenting and showcasing the African American story and its impact on American and world history. For more information about the museum, visit nmaahc.si.edu follow @NMAAHC on Twitter, Facebook and Instagram or call Smithsonian information at (202) 633-1000.